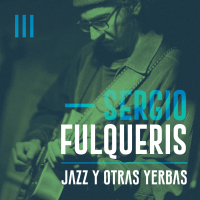 Sergio Fulqueris presents his new album «Jazz and other herbs». Some compositions that detail their roots and influences; folk, bossa, blues, tango and many other «yerbas» (styles), which mix here with jazz as a common thread. Recorded in Buenos Aires, with Andrés Pellican on bass and Mariano Sanci on drums, and released in Spain, this album gathers his influences and reveals a composer and guitarist to discover. Actually on tour for Spain an Europe.

All About Jazz musician pages are maintained by musicians, publicists and trusted members like you. Interested? Tell us why you would like to improve the Jazz y Otras Yerbas musician page.