At only 25-years-old, JB Baretsky is wise beyond his years. From packed out performances all over New York (including 2 dates at Lincoln Center) to write-ups in The Huffington Post, Pulse Magazine, JazzTimes, and more. JB is bringing a vintage sound, style, and culture to new audiences, young and old. He has gained a wide-range of respect from critics and listeners alike.

He sold out his first headlining show in New York City on August 11th, 2012.

Read more articles
”JB Baretsky is summoning the stylings of a simpler time - one long before the advents of auto-tune...” -Village Connection Magazine

“We need gents like JB who can swing and swear, and maintain gentlemanly qualities at the same time.” -JazzTimes

“A rising young star in NYC is taking the city by storm with his amazing voice as he makes tribute to some oldies but goodies.” -Yes Notebook 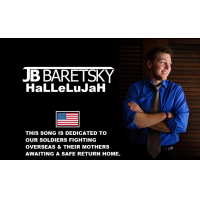 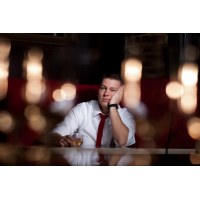 All About Jazz musician pages are maintained by musicians, publicists and trusted members like you. Interested? Tell us why you would like to improve the JB Baretsky musician page.