Born in 1953, Jean self-teaches himself guitar from 1966. He puts his first band together and starts composing in 1970. He turns professional in 1972, playing for dance bands in western France. He is the founder of several combos from 1976 to 93:

- Noëtra, with, notably, Christian Paboeuf (oboe) and Pierre Aubert (violin). The band grows, counting up to eight musicians. From 1979 to 1982 Jean composes and records all of the combo's repertoire, which has been published on three CD's for Muséa Records: “Neuf Songes”, “Définitivement bleus...” and “...Résurgences d‘errances”. In 1983 the octet becomes a quintet and plays the “Dunois” in Paris. The same year they record a live concert on French public radio. The recording is released as a Muséa CD in 2010.

- Contrejour, a duet with Christian Paboeuf (1986). They tour western France north to south and record a demo. Luckily, the demo will end up as a CD release (“Atlas”, 2010) on the Muséa Great Winds label.

- In 1987 the duet evolves into a trio and quartet with Mikko Fontaine (percussion) and Jean-François Bercé (double bass). The band opens in Bordeaux (Musiques de nuit) for Jack DeJohnette (1988), John Surman (1990) and Miroslav Vitous (1994). They play the “Tombées de la Nuit” festival in Rennes in 1990 and record “Hauts Plateaux” for, once again, the Muséa label, in June 1993.

In 1994 Jean meets American double bassist Kent Carter and forms the Jean Lapouge/Kent Carter Duo. They tour Turkey in November 1994, make an appearance at the Parthenay Jazz festival in 1995 and tour eastern France in March 1996.

The duo hooks up with Pascal Gachet (trumpet/flugelhorn) and Lionel Morand (cello) to play a few gigs as a quartet. In June 97, the duo calls in Jeff Boudreaux (drums) to play as a trio for a six-concert tour of Portugal. They play four more Portuguese gigs in June 98. The trio appears at the Auvers sur Oise jazz festival in May 2001. The material recorded during the combo's existence appears on the “Plaything” CD, released in 2011 through Muséa Geat Winds.

In 2005 Jean founds a new trio with Christian Paboeuf (vibraphone/oboe) and Christiane Bopp (trombone). In 2007 they record a CD (“Des Enfants”) which shall be released in 2012... The “Temporäre” CD, recorded in 2009, was released in 2011. 2014, new trio with Grégoire Catelin and David Muris. Two CDs will follow. 2015: Plein air and 2017: Hongrois. November 2018 he launches the Jean Lapouge new trio with Christian Pabœuf (vibraphone, oboe, recorder) and his son Nicolas Lapouge on electric bass.

Jean has been teaching guitar in Périgueux since 1983. This activity ended in 2016. 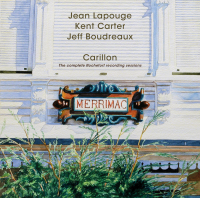 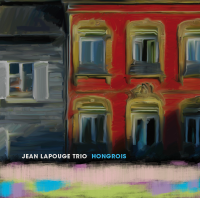 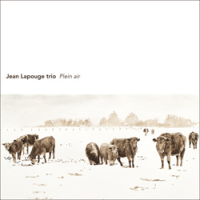 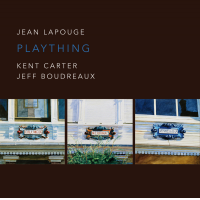 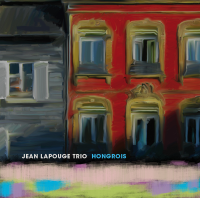 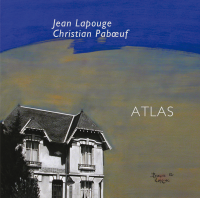 All About Jazz musician pages are maintained by musicians, publicists and trusted members like you. Interested? Tell us why you would like to improve the Jean Lapouge musician page.