This makes him the most demanded trumpet player in the country, with more than 40 albums to his credit.

Jean-Paul Estiévenart (1985) started playing the trumpet in the fanfare of his hometown village, in the Belgian countryside, following his grandfather's path. He then kept on studying this complex instrument at the Academy of Saint-Ghislain for ten years where he got to know jazz music and instantly became passionate about it.

He moved to Brussels in 2004 and quickly became a key figure of Belgian jazz. He started playing around at a frantic pace that has never decreased…

In 2013, he launched a new musical adventure by creating his own trio with Sam Gerstmans on double bass and Antoine Pierre on drums. Their debut album, “Wanted” (W.E.R.F. Records, 2013), has set a singular sound in the Belgian jazz landscape and has marked the beginning of a beautiful story.

The trio is deeply impregnated by jazz tradition but constantly plays with its codes and extends its borders, while maintaining the elegance and authenticity of its heritage.

Their second album, “Behind The Darkness” (Igloo Records, 2016), is an autobiographical opus that refers to the trumpeter's childhood in coal dumps (you mean ‘mines’?). It also represents the moments of darkness encountered during his existence. The title of the album however announces a positive outcome, while Jean-Paul has just turned 30 years old.

His career as a leader has probably only just begun...

“Jean-Paul's trumpet playing has a unique and recognizable sound, which he demonstrates with genius on his first-class album 'Behind The Darkness'. Larsen ”This trumpet player is so talented! Since 2000, Jean-Paul is omnipresent in the Belgian jazz scene and his second album” Behind The Darkness “is a real revelation!” Jazz Magazine

“Behind the darkness is a perfectly composed and remarkably mastered album.” L'Echo ​ 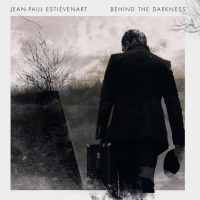 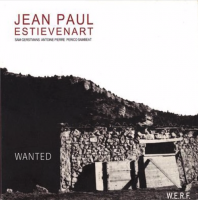 All About Jazz musician pages are maintained by musicians, publicists and trusted members like you. Interested? Tell us why you would like to improve the Jean-Paul Estiévenart musician page.