Reed player Jeff Clayton began his career as both a touring and studio musician. He recorded important albums with, among others, Stevie Wonder, Gladys Knight, Kenny Rodgers, Michael Jackson, Patti LaBelle, Earth, Wind & Fire, and a solo on Madonna's recording “Back in Business”...

From Thad Jones who led the Count Basie Orchestra when I was on the band the second time I learned the art of rehearsal—— how to give musicians the support they needed to create without restrictions. He had a wonderful heart.

From my life long association with Ray Brown I learned about expression, being yourself no matter what and to do what you do best. “Push through the music phrase”, Ray would say, “put it out there”. He left a void in our lives .

From years in the studio and on stage with Frank Sinatra, I was shown how to embrace long phrases and how to just state the melody. Benny Carter told me, “the writer wrote the melody for a reason Jeff”.

While playing on the Gene Harris Philip Morris Super band with Sweets Edison, the economy of ideas comes to mind. My musical experience through application has been rare and invaluable.

Music is not mine to keep only to have and to hold...... I must give back what I have been so freely given so I spend a good amount of time teaching.

I am co-leader in a band with my brother John Clayton and Jeff Hamilton called the Clayton-Hamilton Jazz Orchestra. John and I also continue our original childhood group The Clayton Brothers. Both groups tour and showcase original compositions and arrangements by me Jeff, and John Clayton. Show less

An Interview with Jeff Clayton 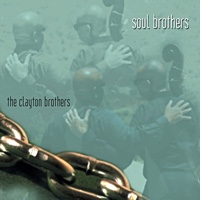 The New Song and Dance

All About Jazz musician pages are maintained by musicians, publicists and trusted members like you. Interested? Tell us why you would like to improve the Jeff Clayton musician page.