Jeff Richman's extensive professional background includes performing on guitar, composing, arranging and recording music in many genres, and teaching in academic and private settings. He has produced 16 solo albums and toured worldwide with notable musicians over a 35-year career.

Jeff is a graduate of the Berklee College of Music in Boston. As a student, he studied privately with Pat Metheny, Mick Goodrick and William Levitt and was influenced by talented classmates Mike Stern, Bill Frissel, Al DiMeola and Vinnie Colaiuta to name a few. After graduating, he lived and performed in New York City where he was further influenced by attending live performances of renowned legends Miles Davis, Herbie Hancock, Chick Corea, Charlie Mingus, Ornette Coleman, Elvin Jones, Tony Williams, Charlie Haden, Joe Zawinul, Wayne Shorter, Jaco Pastorius, Bill Evans, Dizzy Gillespie, Keith Jarret, Gil Evans, Chet Baker, McCoy Tyner, Joe Pass, Cannonball Adderley and Jim Hall. These early influences inspired Jeff and helped him to develop his own voice while striving to make his original compositions meaningful, purposeful, and with an honesty that comes from his heart.

While in New York City Jeff performed with renowned Puerto Rican Conga player, Ray Barretto and composed four songs and performed guitar solos on Barretto's album “Can You Feel It” in 1978. He later toured in the US with Flora Purim and Airto and played in live venues with several well-known artists such as Tom Harrel, Chico Hamilton, Deodato, Blood Sweat and Tears, Willie Bobo and Gerry Mulligan.

In 1979 Jeff moved to Los Angeles and toured with Ronnie Laws and Doc Severnson’s band. The LA scene provided further opportunity to play with and record alongside talented artists such as Ernie Watts, Harvey Mason, T Lavitz, John Klemmer, Alfonse Mouzon, Henry Mancini, Mark Isham, Robbie Krieger and M’shell Ndugucello. Jeff wrote and produced hundreds of “library music” cuts in numerous genres which are played regularly on TV shows throughout the world. Jeff has performed on a multitude of television and film projects, the most recent of which was under the direction of award-winning composer Jeff Beal for the film “Appaloosa” with actor Ed Harris.

Recently in 2009, Jeff performed with Billy Cobham at the “Days of Art” jazz festival in Austria and alongside Yellowjackets members Russell Ferrante, William Kennedy and Jimmy Haslip in Mumbai, India. He also performed and taught in Athens, Greece, and Scandanavia.

To date, Jeff has produced and released 16 solo albums. His first was “Himalaya” in 1986. The latest, “Like That” is a collection of new and original compositions and will release in August 2010. “LIKE THAT” features Alex Acuna, Vinnie Colauita, Mitchel Forman, Larry Goldings, Steve Hass, Deron Johnson, William Kennedy, Neils Stubenhaus and Dean Taba. Show less

Richman, Brechtlein, Stubenhaus and Sirota at the Baked Potato

Jeff Richman's "The Line Up" Now In Stores

Jeff Richman CD Release Party for "The Line Up" at The Baked Potato on... 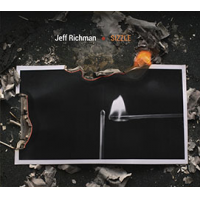 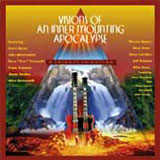 Visions of an Inner...

All About Jazz musician pages are maintained by musicians, publicists and trusted members like you. Interested? Tell us why you would like to improve the Jeff Richman musician page.