Jef Lee Johnson is a true American original and a true American gift to the musical world. Guys like Jef are the embodiment of every reason to use the phrase, “He's got more talent in his pinkie than so and so has in his entire body!” Problem is, especially lately, relatively dawdling critics like myself can't keep up! See, anyone who knows who Jef Lee Johnson is knows he's rippin' it up. He's rippin' it up so prolifically these days he's finished up another record, called “St. Somebody”, during the time it took me to get this interview down on paper, or electrons, or whatever this interview is “down” on.

Jef Lee has played since he was a young boy growing up and playing up in the church his grandfather built in Germantown, Philadelphia, PA. He plays everything- including guitar, bass, keyboards, sax, drums and drum machines, and is a potent vocalist of broad and powerful range as well. But it's on guitar that he burns most incandescent, conjuring jawdroppingly brilliant, careening stylistic collisions of legato-laden fusion, angular outness, and state-of-the-art acid-funk. Jef's concept, while wholly and truly original, justly deserves mention alongside such profound, formidable masters as Hendrix and Holdsworth.

Jef has a highly expert foot in many camps, contributing to the point of collaboration with such heavyweights as James Carter, Rachelle Ferrell and George Duke, and touring and recording with Erkyah Badu and D'Angelo

. Recordings with Rob Reddy and Ben Schachter show his expert “downtown” side, while sessions with polyrhythmic master Ronald Shannon Jackson and Jamaaladeen Tacuma show his volatile funk fusion side. Besides, who can possibly have reservations about the only man on the planet to have played with McCoy Tyner and Sister Sledge on the same day! Did I mention his bass playing alone has landed him in high-echelon session-land, or are Billy Joel and Roberta Flack too obscure as references? Show less

”Everything Jef Lee Johnson does is very tasteful. He has this innate, uncanny ability to interpret my music the way I envision it. Within one song he can span the whole gamut of emotions on his guitar.” — Rachelle Farrell 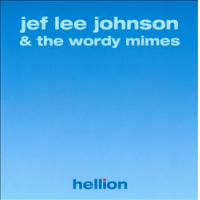 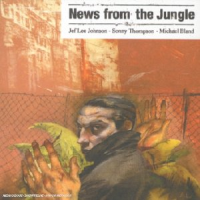 News From the Jungle 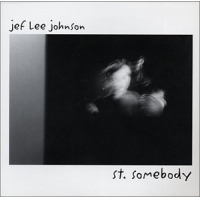 All About Jazz musician pages are maintained by musicians, publicists and trusted members like you. Interested? Tell us why you would like to improve the Jef Lee Johnson musician page.