Jerome Harris has won international recognition as one of the more versatile and penetrating stylists of his generation on both guitar and bass guitar.

Jerome's first major professional performances were as bass guitarist with Sonny Rollins in 1978; from 1988 to 1994 he was Rollins' guitarist, and appears on five of his recordings. Over the past two decades, Jerome has also recorded and/or performed live on six continents with such jazz notables as Jack DeJohnette, Bill Frisell, Ray Anderson, Don Byron, Bobby Previte, Oliver Lake, Amina Claudine Myers, Bob Stewart, George Russell, Julius Hemphill, and Bob Moses.

In 1999, Harris served as arranger, rhythm guitarist and assistant to musical director Vernon Reid in the “Joni's Jazz” tribute concert staged in New York's Central Park--with Joni Mitchell herself in attendance--accompanying singers as diverse in style as Chaka Khan, Jane Siberry, Duncan Sheik and P.M. Dawn. Other Harris credits include a Broadway stint as guitarist in the South African R&B/rock musical Kat and the Kings, as well as work on industrial, commercial and film score dates for Galen Communications Group, Rick Lyon Music, and Richard Eisenstein.

Over the years, Jerome Harris has appeared on more than fifty recordings, making for a lengthy and wide-ranging discography. His most recent CD as a leader is “Rendezvous”the first-ever jazz release by the audio connoisseur magazine Stereophile which captures the drive and grace of his quintet in gorgeous high-resolution sound. On “Hidden in Plain View” (New World), Jerome's acoustic bass guitar underpins an all-star group reinterpreting compositions by jazz trailblazer Eric Dolphy. “In Passing” (Muse) showcases the first of Jerome's groups to utilize a reeds-trombone-vibes-bass-drums line-up. Jerome's debut as a leader was “Algorithms” (Minor Music), featuring saxophonist Marty Ehrlich, who has also appeared on the three subsequent Harris releases.

Harris's scholarly interests have led to an essay, “Jazz on the Global Stage,” published in the anthology The African Diaspora: A Musical Perspective, edited by Ingrid Monson (Garland). In this study, he offers an insider's view of the history, present state and future implications of the spread and flourishing of jazz in locales far from its African-American birthplace.

He is currently (fall 2009; 2007-2008) adjunct Assistant Professor of Music at Hampshire College in Amherst, Massachusetts, teaching courses on the history and social context of jazz and blues.

Born and raised in New York, Jerome began his instrument studies on accordion, then played violin in a middle-school orchestra. Self-taught on guitar as well as bass guitar, as a teenager he immersed himself in a broad range of musics--rock, pop, blues, country, gospel, folk and R&B--as both fan and player.

After earning a B.A. in psychology and social relations at Harvard College in 1973, Harris attended New England Conservatory of Music as a scholarship student in jazz guitar. He graduated with honors in 1977.

In addition to his work on guitar and bass guitar, Jerome performs as a singer, has done voice-over work for audio production houses, and studies several percussion instruments. Show less 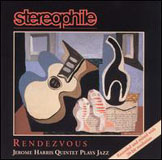 All About Jazz musician pages are maintained by musicians, publicists and trusted members like you. Interested? Tell us why you would like to improve the Jerome Harris musician page.