Born 1954 in Hilleroed, Denmark.
Started to play bass at the age of 16.
Studied music at Aarhus University from 1976, and played at the local jazzclub Tagskaegget with many American jazz-greats, e.g Roy Eldridge, Harry Sweets Edison, Eddie Lockjaw Davis, Doug and Jimmy Raney.

In 1978 was with the Thad Jones Mel Lewis Orchestra doing a 3 months Europe tour.

In 1979 moved to Copenhagen, played at the jazz clubs of La Fontaine, Slukefter, and Montmartre.

Has played as a member of the Thad Jones Eclipse, The Radio Jazz Group, the Ernie Wilkins Almost Big Band, the Bob Rockwell Quartet, and the Bent Jaedig Quartet.

Has toured in Europe with the Tommy Flanagan Trio, and in Japan with the Duke Jordan Trio.

During the nineties Jesper was member of the Danish Radio Big Band, the Svend Asmussen Quartet, the Anders Widmark Quartet, and the Thomas Clausen Trio.

In 1994 he formed his own “Repertory Quartet” with Bob Rockwell, releasing 6 albums until 2000.

Appears on hundreds of albums, mainly as a sideman.

Since the eighties Jesper has also worked as a sound engineer, producing many albums, and from 1991 at his own “Loft Studio” where more than 50 albums have been produced.

In 1975 Jesper was part of the team that established the jazz club in Herning called “Nicodemus”, now the “Fermaten”.

In 1996 he initiated the musicians controlled project called “Paradise Jazz”, which opened in 1999 and is still an important part of the Copenhagen jazz scene, giving many musicians a place and opportunity to perform.

From 2004 developing a new amplifier concept, and in 2007 establishing the ARCO-amplification I/S, a small company that produces a small, lightweight, and very powerfull amplifier for double bass and electric bass.

He has given master classes in Rotterdam, Zürich, and Helsingfors.

In 2005 he formed the “Jesper Lundgaard Trio”, released the album of “Celluloid”, and in 2007 two more albums called “Sculpting” and “Plays Cornelis” respectively.

. He has worked in almost every style known in jazz, but is known as a modern bebopper.
Show less 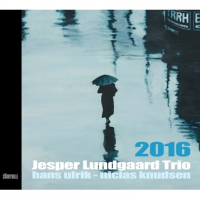 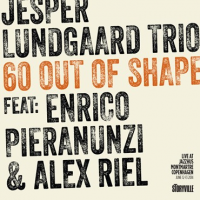 All About Jazz musician pages are maintained by musicians, publicists and trusted members like you. Interested? Tell us why you would like to improve the Jesper Lundgaard musician page.