Known for her captivating, sultry voice and her exotic interpretation of jazz, Jessica Medina melds culture, beauty and song in stunning harmony. Fluent in three languages, she fearlessly crosses borders with a fresh, seductive flavor that mesmerizes the senses. Her broad range, rich with provocative tones and colors, conjures a world lush in culture and deep in character. Born in New York City of Dominican and Puerto Rican heritage, Jessica’s initial musical education came through her parents, whose own vocal and musical talents fostered her appreciation for music. With Spanish and English as her native tongues•and New York City as her home•Medina quickly developed her musical talents alongside a keen interest in culture and languages. Today, Jessica creatively blends Spanish, French, American and Brazilian sounds in a vocal style infused with an international spice.

Throughout her childhood, Jessica worked with gifted choir masters and dance teachers, each of whom was struck by her talents. Jessica studied acting and musical theatre at HB Studios in New York, one of the most sought-after performing art schools on the East Coast. She learned musical theory, theatre, and co-starred in the children’s off-off-Broadway musical Amazing Grace in Tribeca. Jessica went on to participate in a highly selective dance workshop held by Twyla Tharp in New York. She completed her training performing “The 100’s” with the dance company and Ms. Tharp herself.

It was in college that Jessica first fell in love with jazz. “I was immediately taken by its vivid poetry, romance and arresting beauty” says Jessica. “Inspired by the music of legends Sarah Vaughn, Miles Davis, Ella Fitzgerald, Chet Baker and others, I chose to dedicate myself to jazz. It was a natural step•a perfect fit that I knew held something special for me.” Jessica entered a vocal workshop at Hunter College in New York, where she further developed her talents in tune with her love of jazz. Jessica soon began performing alongside top jazz musicians such as pianist Glafkos Kontemeniotis, saxophonist Greg Moore, bassist Ed Kollar and drummer Kazi McCoy, among others. Jessica contributed to an ensemble CD, released in 1999, titled Eyes on the Prize. Her rhythms, hypnotic voice and unique grasp of culture brought her immediate attention, and she was asked to perform for New York State senators in a prestigious private fundraising event in Albany.

In 2000, Jessica met jazz legend and respected educator Sheila Jordan. Taken by Jessica’s talent and unique sound, Jordan, trained her through private coaching and small master classes. Learning alongside Ms. Jordan proved to be an incredible experience for Jessica, further cementing her mastery of jazz theory and vocal technique.

The next step for Jessica was a move to Paris, where she spent more than two years performing throughout the city with well-respected musicians and artists. She has also sung in Rome, London and Barcelona. Today, Jessica lives in New York City, and appears regularly in jazz clubs throughout the city, such as Triad, Cleopatra's Needle, Smoke and Manahatta.

Jessica’s first full-length cd, “Azul,” releases in May 2007. The album delivers song in four languages and boasts an all-star band including special guest Claudio Roditi. The album was recorded at the famous Bennett Studios and was mastered by Kurt Lundvall, Lundvall Masters.

Jessica was recently asked to be the spotlight artist in the exclusive Hennessy X.O Jazz Smooth and Mellow Asian Tour. Beginning this May, Jessica will perform as the solo vocalist with her group of talented musicians. The ten-day tour will reach Shanghai, Taipei, Kaohsiung and Kuala Lumpur. Jessica’s songs will be included in a limited edition compilation album sponsored by Hennessy and Sony/BMG.

Jessica will also perform in an exclusive event celebrating women in jazz this May 2007 in New York City. 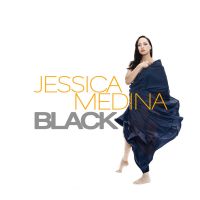 All About Jazz musician pages are maintained by musicians, publicists and trusted members like you. Interested? Tell us why you would like to improve the Jessica Medina musician page.