Jim Cooper was born in Chicago in 1951 and has been playing jazz on the vibraphone for almost 40 years. Active as a performer, composer and teacher, Jim is currently celebrating the re-release of his 1992 Delmark recording, Nutville, which features legendary multi-instrumentalist Ira Sullivan. Jim was a Delmark Recording Artist in the early 90s which earned him national recognition, Jazz Times calling Cooper, “a warm vibist who goes for the heart.”

The Jim Cooper/Bob Dogan Quintet was a mainstay Chicago jazz group in the 80s and early 90s. This group plus an association with Sullivan culminated in two CDs for Delmark. Tough Town was recorded in 1991. Jim has performed with such musicians as Bob Dogan, Barrett Deems, Art Van Damme, Gene Esposito, Larry Vuckovich, the Grand Rapids Jazz Orchestra and Buddy DeFranco among others, and has appeared twice as a guest with Jon Faddis & Chicago Jazz Ensemble with Victor Goines. His performances include the Chicago Jazz Festival, Sutton’s Bay Jazz Festival, Lansing Jazz Festival, Thornapple Jazz Festival and the Idlewild Jazz Festival. He has also appeared in many clubs such as The Green Mill in Chicago and Detroit’s Baker’s Keyboard Lounge, as well as many other clubs and concerts throughout the United States.

In 2005 he released Itchin’ To Groove, on his own Jazmyn Records. He currently performs in the Cooper, Hay, Van Lente Group (CHV), recording Trio Musik in 2008. The Grand Rapids Press wrote, “...few West Michigan jazz bands do it any better...the rhythmic interplay between band members make Trio Music a special project.” He has also recorded as a sideman with clarinetists Dave Bennett and Harry Goldson and pianists Jeff Haas and Steve Talaga.

Education is a priority for Jim. He teaches a workshop called Percussion Power several times a year to younger students. He also directs a jazz band at Blue Lake Fine Arts Camp two weeks out of the summer, teaches jazz piano at Lake Michigan College and is in demand as an adjudicator and clinician college jazz festivals. He holds two B. A.s from Northeastern Illinois University and a M.M from Northern Illinois University

Other musical projects include Mallet Madness, a sextet featuring three vibes players which is slated to perform at the 2010 Chicago Jazz Festival.

Jim is also finishing a book of his jazz music and an instructional book on jazz vibraphone. Plans for recording a new CD in 2010 is also underway. 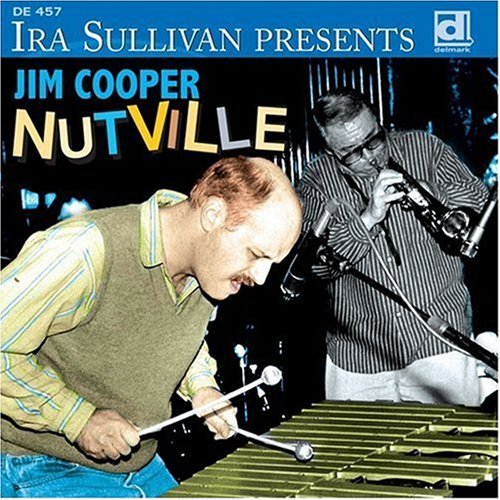 All About Jazz musician pages are maintained by musicians, publicists and trusted members like you. Interested? Tell us why you would like to improve the Jim Cooper musician page.