Jim McNeely was born in Chicago, and moved to New York City in 1975. In 1978 he joined the Thad Jones/Mel Lewis Jazz Orchestra. He spent six years as a featured soloist with that band and its successor, Mel Lewis and the Jazz Orchestra (now The Vanguard Jazz Orchestra). 1981 saw the beginning of Jim’s 4-year tenure as pianist/composer with the Stan Getz Quartet. From 1990 until 1995 he held the piano chair in the Phil Woods Quintet. At the present time, he leads his own tentet, his own trio, and he appears as soloist at concerts and festivals worldwide.

Jim’s reputation as composer/arranger and conductor for large jazz bands continues to flourish. In 1996 he re-joined The Vanguard Jazz Orchestra as pianist and Composer-in Residence. He is also artist-in-residence with the Frankfurt Radio Big Band. Other recent work includes projects with the Danish Radio Big Band (where he was chief conductor for five years), the Carnegie Hall Jazz Band, the Metropole Orchestra (Netherlands), the Swiss Jazz Orchestra, and the Stockholm Jazz Orchestra. The New York Times has called his writing “exhilarating”; DownBeat has said that his music is “eloquent enough to be profound”.

Jim has appeared as sideman on numerous recordings led by major artists such as Thad Jones, Mel Lewis, Stan Getz, Bob Brookmeyer, David Liebman, Art Farmer, Robert Watson, and Phil Woods. He has numerous albums under his own name. The latest is “A Single Sky”, with Dave Douglas and the Frankfurt Radio Big Band on Greenleaf Music. It closely follows Up from the Skies (Planet Arts), featuring the Vanguard Jazz Orchestra. These were preceeded by Group Therapy (OmniTone), featuring the Jim McNeely Tentet, Nice Work (DaCapo) with the Danish Radio Jazz Orchestra and Lickety Split: The Vanguard Jazz Orchestra Plays the Music of Jim McNeely (New World). All of these recordings have garnered Jim a total of nine Grammy nominations.

Teaching is also an important element of Jim’s work. He is Musical Director of the BMI Jazz Composers’ Workshop. In addition, he is on the faculties of both Manhattan School of Music and William Paterson University. He has appeared at numerous college jazz festivals as performer and clinician, and has been involved regularly with summer workshops such as the Jamey Aebersold Summer Jazz Clinics, the Lake Placid Seminar in Jazz Improvisation and the William Paterson University Summer Jazz Workshop. He has also done clinics and major residencies at dozens of institutions in the U.S., Canada, Europe, China, Australia, New Zealand, and Egypt. Show less

The Music Of Jim Mcneely To Be Featured At The Village Vanguard Tonight... 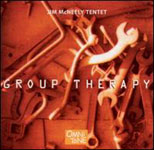 From: Boneyard
By Jim McNeely

All About Jazz musician pages are maintained by musicians, publicists and trusted members like you. Interested? Tell us why you would like to improve the Jim McNeely musician page.