At three years of age, Jimmy loved to listen to Jazz. As he tells it, “I’d choose a 78 from my father’s Jazz collection and play it on the Victrola.

A particular favorite of mine was a picture record of Charlie Shavers performing “She’s Funny That Way” on one side and “Dizzy’s Dilemma” on the other side. Or I’d choose Duke Ellington’s “Stompy Jones” or “Tulip or Turnip.” Then my father would scoop me up in his arms and we’d dance! The best part, though, was seeing the reflection of me dancing with my daddy in the living room mirror. It was a great feeling.”

At fifteen, Donald Byrd, his mentor, arranged for Jimmy to audition for a place in the Newport Youth Band. The band was sponsored by the Newport Jazz Festival that was founded by George Wein, and its musical director was Marshall Brown, one of the first Jazz educators in America. Being invited to join the band was an important step in Jimmy’s musical development. He not only learned how to interpret and read music, it gave him an opportunity to perform music composed by many of the top Jazz arrangers. Other members of the band at this time were bassist Eddie Gomez, pianist Mike Abene, baritone saxophonist Ronnie Cuber and drummer and GRP Record Company founder Larry Rosen.

By the age of twenty-five, Jimmy had been a sideman with Lionel Hampton, Hank Crawford, Charles Mingus, Herbie Mann and Duke Ellington. As Jimmy continued to expand his musical horizons, he participated in different performing experiences, such as television, studio work and orchestral work. Between 1969 and 1972, he worked on the David Frost TV Show with Billy Taylor, the musical director. Also in 1969, he increased his European performances and education workshops throughout the world.

However, Jimmy was restless�”he wanted to start passing along what he had learned. Donald Byrd had instilled in him the importance of understanding the concepts of education and having knowledge of the business of music. Jimmy wanted to incorporate these concepts, together with his own musical experience and knowledge, to teach students how to become successful musicians. As he tells it, “it’s not only about playing music, it’s about knowing how to market oneself for performances and how to put together a group that is able to communicate with the audience. It all adds up to one’s total musicianship, and there’s a lot of work behind that.”

For over 30 years, Jimmy has dedicated himself to teaching students the concepts of how to think as some of the great Jazz artists thought regarding performance and practice skills and how to develop longevity in the Jazz business. In conjunction with teaching, Jimmy has also been a longtime activist for Jazz musicians. In 1969, he was one of the founding members of The Collective Black Artists, Inc. [CBA], a nonprofit organization that protected and improved the economic status of the Jazz artist. As musical director, he was responsible for programs that presented the CBA 18-piece ensemble which featured such masters of Jazz as Max Roach, Archie Shepp, Billy Taylor, Ron Carter, and Randy Weston.

Between 1972 and 1976, Jimmy was a member of the National Endowment for the Arts music panel helping to fund organizations and individual artists. Between 1977 and 1981, he was a member of the music panel for the New York State Council on the Arts which funded New York State cultural organizations. In 1990, he was one of the founding members of the Jazz Musician’s Emergency Fund, a program of the Jazz Foundation of America, Inc. The Fund assists Jazz artists in financial and medical need, along with counseling musicians in career development and substance abuse. In 1990, Jimmy also became a part-time faculty member in the New School Jazz and Contemporary Music Program. His courses include ensemble classes, private lessons and The Business Aspects of the Music Industry (how to be a more successful Jazz artist).

In 1996, Jimmy, along with Benny Powell, Jamil Nasser and Bob Cranshaw, rejuvenated the Jazz Advisory Committee at Local 802. The committee advises Local 802 on the problems and issues of Jazz artists and how to resolve them. He was also a member of the negotiating committee to secure health and pension benefits, along with schedule wage increases for the 70-member part-time faculty at the New School.

Jimmy Owens is an eclectic Jazz artist. His eclecticism encompasses all facets of the artistry and business of Jazz music. His accomplishments are significant; not only does his artistry as a musician, composer and arranger reflect tremendous depth, creativity and beauty; he continues to be an articulate, outspoken advocate regarding the rights of musicians and the important role of Jazz music in America’s culture.

In 1972, Yale University instituted a permanent visiting fellows program in Duke Ellington’s name. To launch the program, a select group of 40 Jazz masters for each instrumental section of a Jazz orchestra were selected by Ellington to be the first fellows. Among the Jazz artists chosen were trumpeters Cootie Williams, Dizzy Gillespie, Sweets Edison, and Clark Terry. On 12 October 1972, an historic concert was given to honor the recipients. That October night, a young Jimmy Owens was chosen to pay tribute to the legendary trumpet masters. His musical offering was “Nobody Knows the Trouble I’ve Seen” which segued into an original composition, “Lo-Slo Bluze.”

As he recalls the evening, “I was center stage with some of the greatest men in the history of Jazz, and I wanted to perform something really meaningful. Since Jazz music has its roots in spirituals that later developed into the blues, I wanted to express my respect for these men by performing a spiritual and the blues. I looked around. I saw Eubie Blake, Benny Carter, Johnny Hodges, and Paul Robeson. I was standing in the midst of so many of the African American people who had contributed significantly to the history of American culture. What an incredible moment it was! It reconfirmed for me what I had learned in my travels as an artist. Jazz is the heartbeat of the world.” Show less

Jimmy Owens and the New School for Jazz and Contemporary Musics... 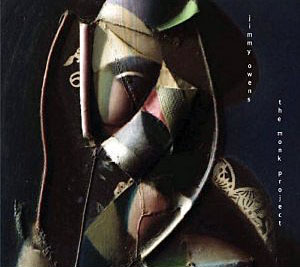 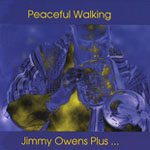 All About Jazz musician pages are maintained by musicians, publicists and trusted members like you. Interested? Tell us why you would like to improve the Jimmy Owens musician page.