About J Sylvester Joseph Sylvester Davis III was born in Danville, Illinois. Having grown up in a ministers household, Joseph started playing drums and saxophone in the church band at the age of 11. As saxophone began to gain more of his interest, he pursued the learning of that instrument throughout junior high school into high school. In 1985 he made the decision to move to Memphis, TN with his mother. This was the beginning of his journey to learning what playing the saxophone truly meant. Joseph soon learned music theory from his high school band director Mr. Walter Banks. Although being offered several different musical scholarships from various schools, Joseph made the decision to join the US Marine Corps. During his 4 ½ year enlistment, he relentlessly continued to play the sax. After being honorably discharged from the Marines, Joseph returned back to Memphis in 1994. He was still very determined to learn all he could about music. Joseph began to go from venue to venue in Memphis, learning a lot from his music peers while gaining exposure and respect as a serious musician.

He learned from such saxophonists as the legendary Fred Ford (Founder of PobamMusic), Dr. Bill Heard, Donald Hayes, and Pat Register. In 1995 Joseph was asked to tour as a saxophonist for Reba Rambo and Donny McGuire (Rambo-McGuire Ministries). This afforded him the opportunity to perform on his largest platform to date… The Trinity Broadcasting Network. Joseph had to move from Memphis to Nashville to continue to perform with the ministry team. He returned back to Memphis, TN in 2002. His playing was more vibrant and his musicality had become seasoned when he returned back to Memphis. Returning to Memphis gained Joseph a loyal following at premier venues such as Isaac Hayes' Restaurant, BB Kings Restaurant, the infamous Beale Street, GoldStrike Casino (Tunica, MS) and Sam's Town Casino (Shreveport, LA).

Joseph was afforded an opportunity to record his music under the umbrella of PobamMusic in Houston, TX. So Joseph packed up and moved to Houston to begin his career as a recording artist. This is where J Sylvester was born. Since his arrival to Houston, J. Sylvester has had the honor of performing on stages such as Scott Gertner's Skybar, The Red Cat Jazz Café, 57 West and Grooves Restaurant and Lounge and performing with local musicians such as the incomparable Kyle Turner, Dean James, and The Joe Carmouche Band, Joe Sample, and Mr. Bobby Lyle. Formerly signed to PobamMusic, his debut album Inside Out was released in September of 2009.

J Sylvester explores the Contemporary Jazz ﬁeld in his ﬁrst ever debut CD “Inside Out” under PobamMusic LLC. He is quickly becoming one of the most soul-stirring, up and coming performers in this ﬁeld. He was inspired by such saxophonists like Johnny Grifﬁn, Dexter Gordon, Stanley Turrentine, Hank Crawford, Grover Washington Jr., David Sanborn, Kirk Whalum, Gerald Albright, and Everette Harp. J Sylvester’s has worked hard to establish a style of his own. His CD “Inside Out” exudes his passion from the ﬁrst track to the last. Audiences are being seduced by the warm, exuberant, yet smooth delivery on his instruments.

J. is coming out with new single soon and an album shortly thereafter. In this new project you will hear the growth and how the ability to have the musical freedom to create with no boundaries has brought out the best of him yet. Not only is this project filled with potent c- jazz/soul/funk, he has cautiously but yet boldly created some fresh new twists without loosing the uniqueness of his sounds we have grown to love. 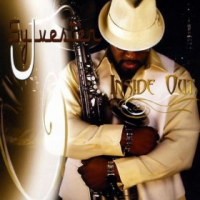 All About Jazz musician pages are maintained by musicians, publicists and trusted members like you. Interested? Tell us why you would like to improve the J. (Jay) Sylvester musician page.