Pianist/composer Joan Stiles has been gaining recognition for her highly creative approach to the jazz tradition. She recently joined the roster of pianists who have appeared on Marian McPartland’s PianoJazz show and she was profiled on WBGO’s hour-long “Jazz from the Archives” broadcast. Her 2nd CD, Hurly-Burly garnered a 4-star review from Downbeat Magazine and topped JazzWeek Radio charts. Ted Panken writes, “Joan Stiles possesses the chops, craft, imagination, wit and sophistication to be mentioned iwith the most distinguished descendants of Duke Ellington, Thelonious Monk, and Mary Lou Williams.”

Her first two albums, (Hurly-Burly and Love Call) showcased Stiles as a resourceful and inventive arranger. With its stripped-down instrumentation, Three Musicians reveals the pianist as a madcap seat-of-the- pants improviser who combines vast harmonic resources and rhythmic acuity with a sharp sense of humor.

A jazz artist doesn’t create an unorthodox album like Three Musicians without a deep well of experiences to draw upon. Joan Stiles has taken a long, circuitous route to becoming one of jazz’s most inventive pianists and bandleaders. Born and raised in Brooklyn, she gravitated to a converted player piano in her grandmother’s Greenpoint apartment, picking out TV commercial themes “by ear.” Encouraged by her father, an amateur singer, she quickly learned how to read lead sheets, improvise, and accompany him singing standards. In her early teens, she found a creative outlet as a guitar-wielding singer/songwriter who performed around Brooklyn. Later on as a precocious 17-year-old college sophomore, she dropped out of NYU to join a rock band as keyboardist and vocalist.

After starting a family, while still in her early 20s, Stiles went back to school studying European classical music and working as a vocal accompanist on piano and harpsichord. By the mid-’80s, she was a classical theory major in graduate school, teaching at Brooklyn College, and becoming increasingly more passionate about jazz.

In 1986, Stiles formally shifted her academic focus from classical to jazz, and earned an M.M. from the Manhattan School of Music, studying with Harold Danko. She suffered a dramatic setback in 1988 after slipping on a wet cellar door and smashing her left wrist to pieces. Following surgery and rehabilitation, she played her first NYC trio gigs and learned the bandleading ropes through trial and error. But none of her previous experience really prepared her for her debut album, 2004’s Love Call (Zoho).

If Love Call grounded Stiles in the language of post- World War II jazz, Hurly-Burly put her in the thick of the progressive mainstream action. The album evolved out of her ongoing efforts to spotlight the genius of Mary Lou Williams, the pianist, composer, and arranger who “played through all the eras.” For over a decade, Joan Stiles has been re-arranging and performing Williams’ music in her ongoing concert series, “Mostly Mary Lou.” Her quintet was featured at the Institute of Jazz Studies’ “Kool/Knowledge Conference on Mary Lou Williams” and Stiles’ “Hurly-Burly” sextet (with Jeremy Pelt, Steve Wilson, Joel Frahm, Ben Williams and Lewis Nash) celebrated Williams’ centennial at Iridium Jazz Club.

What’s striking about Stiles is that she’s not beholden to any one era or jazz piano style. Her immersion in Mary Lou Williams’ work has opened up jazz’s rich but often neglected history. Doug Ramsey writes, “Adventure, daring, exuberance and wit complement the sense of history coursing through her music…She weaves into her piano styles the blues, swing, stride and boogie that still inspire her.”

With her new release, Three Musicians, Stiles is looking squarely to the future, making music that’s as fresh and full of wondrous surprises as any artist on the scene today.

Enter the "Joan Stiles - Three Musicians" CD Giveaway at All About Jazz!

”Joan Stiles possesses the chops, craft, imagination, wit and sophistication to be mentioned with the most distinguished descendants of Duke Ellington, Thelonious Monk and Mary Lou Williams.” — Ted Panken, Downbeat

“With Stiles and Monk, wit and beauty are not mutually exclusive.” — Thomas Conrad, JazzTimes

“Joan Stiles writes and plays brilliantly with great respect for melody and clarity...She is an authentic original.” — Dave Frishberg

“Swings with wit and verve, brimming with the joyous flair of a Wynton Kelly or Erroll Garner...hauntingly beautiful arrangements.” — Bill Milkowski

“Adventure, daring, exuberance and wit...I can't think of a new recording in years [Hurly-Burly] that has given me more enjoyment.” — Doug Ramsey 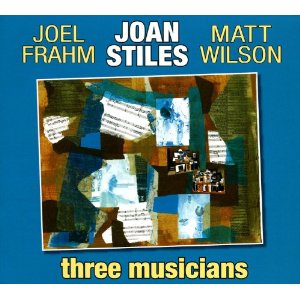 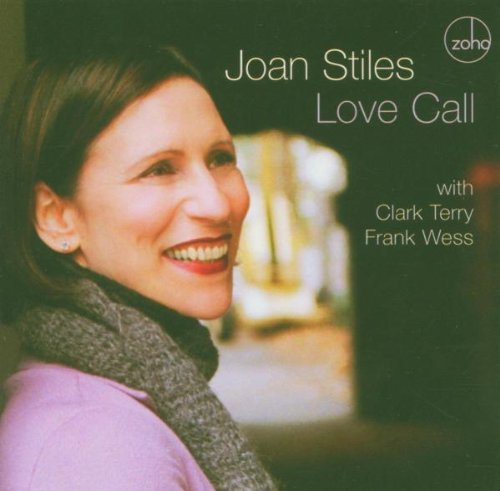 All About Jazz musician pages are maintained by musicians, publicists and trusted members like you. Interested? Tell us why you would like to improve the Joan Stiles musician page.