Born in Cambridge, Massachusetts, USA, music became a part of Joe's life at an early age. He began his singing career in a church choir and with various street corner singing groups.

Greatly inspired by such greats as Nat King Cole and Lou Rawls, Joe's own singing style is rapidly becoming known to audiences around the globe.

Joe's career grew in the USA from lead singer for a Top 40 rhythm and blues / jazz band, to the international status that he now enjoys, recording and releasing LPs and subsequently having hit singles from these LPs. At the same time he was involved in making several radio and TV commercials for Delta Airlines, Coca Cola and the American Telephone Company.

After moving to Europe, Joe began performing for the American and Dutch Military and supported acts in concert for such artists as The Stylistics, Natalie Cole, The Manhattans, The Pointer Sisters, and Dionne Warwick while they were on their European tour.

His engagements have included venues and corporate events in such places as Scandinavia, Australia, Aruba, Indonesia, Great Britain, Spain, Germany, Italy and Switzerland.

Numerous television shows culminated in a Christmas TV special with the world renown Ray Charles which was filmed in Germany and televised in various markets throughout the world.

Apart from his solo performances and his engagements with multi-voice choirs that number from 25 to 100 voices, Joe teams up with his female colleagues for some heart-warming duet performances complemented by various orchestra backings from combo to Big Band or symphony type orchestra.

In Bulgaria, he was awarded the Silver Orpheus and in Ireland the Jimmy Kennedy Award, both for his exciting rendition of Gershwin's “Summertime”.

In addition, Joe was also awarded two prices in 1998: “Kunsteler des Jahres” and the “Diamantes des Jahres”. Both for top class entertaiment in Germany. Show less 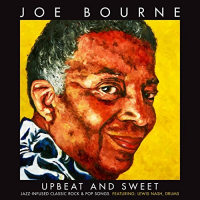 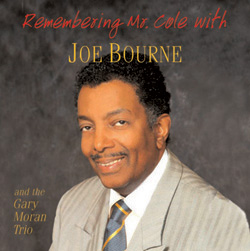 
To You With Jazz

All About Jazz musician pages are maintained by musicians, publicists and trusted members like you. Interested? Tell us why you would like to improve the Joe Bourne musician page.