Joe Bushkin, who passed away in November 2004, was a legend in his time. A pianist, composer, arranger and vocalist of superb talents and impeccable taste. A professional for over 70 years, he started at age 15 playing gigs with Benny Goodman, Bunny Berigan and Eddie Condon.

Among his many achievements, he had the distinction of accompanying Billie Holiday on her first recording, as a leader, writing Frank Sinatra’s first hit song, “Oh! Look At Me Now” when they were with Tommy Dorsey’s band, and serving as Bing Crosby’s last musical director and playing on his last recording session. In between, he also wrote songs for Bing Crosby, Louis Armstrong, the Andrews Sisters, Louis Jordan and Nat “King” Cole.

After serving in the Army Air Corps in WWII, Bushkin became one of New York City’s most popular nightclub performers, frequently appearing on radio and television in the late 40’s and 50’s. Joe had also enjoyed a prolific recording career, appearing on countless studio sessions and recording dozens of albums as a leader. His series of eight popular “mood albums” with full orchestra for Capital Records in the 1950’s are among the best selling albums ever by a Jazz artist. He also found time to appear as an actor on Broadway in Garson Kanin’s The Rat Race, later reprising his role in the Hollywood movie version.

Joe Bushkin’s exuberant piano style was developed in the pioneer days of American Jazz, and he raised the roof of every club and concert hall around the world that was lucky enough to host one of his selectively rare performances.

Perhaps the best accolade was delivered by Frank Sinatra, who commented that “one of the things I missed most about leaving Tommy Dorsey’s band was the piano playing of Joe Bushkin!” Show less 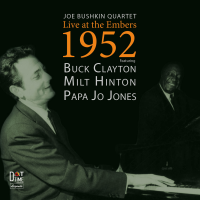 Live At The Embers... 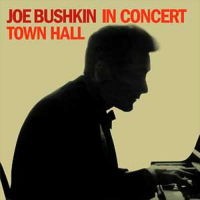 All About Jazz musician pages are maintained by musicians, publicists and trusted members like you. Interested? Tell us why you would like to improve the Joe Bushkin musician page.