Known for his spirited, highly imaginative, and innovative piano technique, Joel Futterman is an internationally recognized veteran pioneer into the frontiers of spontaneous, improvised music. He is considered one of the foremost inventive and adventurous artists shaping the creative, progressive music scene today. Futterman continuously pushes the limits of the piano as he explores new musical horizons. He has performed across North America and Europe including at such noted music festivals as The Tampere Jazz Festival in Finland, the Vision Festival in New York, The New Orleans Jazz & Heritage Festival, The Nickelsdorf Festival in Austria, the Guelph Festival in Canada, the Siberia Jazz Festival in Russia, teaching and performing in Denmark at the Jyderup School,, and performances at many other festivals and venues. He has compiled a discography of over 80 recordings and has performed with such notable jazz innovators as Jimmy Lyons, Joseph Jarman, Richard Davis, William Parker, Fred Anderson, Hal Russell, Paul Murphy Ike Levin as well as Edward “Kidd” Jordan and Alvin Fielder with whom he has had a highly productive association. Futterman, originally from Chicago, lives in near seclusion in Virginia Beach, VA where he replenishes his musical energies between performances.

Joel Futterman is also the author of three books.

The Question. ”Pianist Joel Futterman's creative energies have burst forth in this unusual and compelling volume. Joel's empathy for humanity is paramount. For a world with great economic disparities, and in social, political, and spiritual turmoil; Joel provides a series of dialogues of questions and parables that advance the search for inner and outer peace. The Question could be the answer.” Michael Wilderman

The Design is a riveting mystery that deals with existentialism and the ability to become conscious.

Creative Patterns is about the creative process and improvisation. 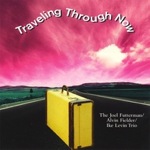 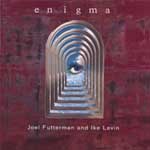 All About Jazz musician pages are maintained by musicians, publicists and trusted members like you. Interested? Tell us why you would like to improve the Joel Futterman musician page.