A seasoned performer and clinician in both jazz and classical styles, Joel Vanderheyden is a saxophonist, composer and educator from Minneapolis, MN. He has served as Director of Jazz at both the University of Minnesota, Morris and Oakton Community College in the Chicago area, and has given masterclasses and appeared as a guest soloist and clinician with high school and collegiate ensembles around the country. His D.M.A. studies in classical saxophone with Kenneth Tse at The University of Iowa and M.M. studies in jazz with Chris Vadala at The University of Maryland have contributed to his well rounded approach to the saxophone and musical expression.

Vanderheyden’s work has been commissioned by the Clarice Smith Performing Arts Center, and has been featured at the Iowa Jazz Championships and the Iowa City Jazz Festival. An active supporter of new music, he has also commissioned new works from composer Aaron Perrine, including Flow (2009), a sonata for saxophone and piano. Vanderheyden is a member of The College Music Society, North American Saxophone Alliance, Jazz Education Network, and MENC. He is a recipient of the Keith Carlson Memorial Jazz Award, Zeta Phi Eta Memorial Performing Arts Grant, University of Iowa Flood Relief Recording Grant, Hansen Memorial Music Award, and was nominated for an Excellence in Teaching Award in 2006. 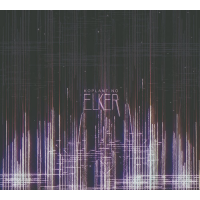 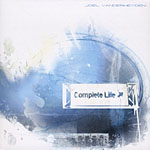 All About Jazz musician pages are maintained by musicians, publicists and trusted members like you. Interested? Tell us why you would like to improve the Joel Vanderheyden musician page.