Over a career spanning more than 40 years and nearly 50 albums, John Abercrombie has established himself as one the masters of jazz guitar. Favoring unusual sounds (he played electronic mandolin on McCoy Tyner's 1993 album 4x4) and nontraditional ensembles (recent quartet recordings have included violinist Mark Feldman), Abercrombie is a restless experimenter, working firmly in the jazz tradition while pushing the boundaries of meter and harmony.”

Born on December 16, 1944 in Port Chester, New York, Abercrombie grew up in Greenwich, Connecticut, where he began playing the guitar at age 14. Like many teenagers at the time, he started out imitating Chuck Berry licks. But it was the bluesy music of Barney Kessel that attracted him to jazz. Abercrombie enrolled at Boston's Berklee College of Music and teamed up with other students to play local clubs and bars. One of those clubs, Paul's Mall, was connected to a larger club next door, the Jazz Workshop, where Abercrombie ducked in during his free time to watch John Coltrane and Thelonious Monk.

Abercrombie's appearances at Paul's Mall led to several fortuitous meetings. Organist Johnny Hammond Smith spotted the young Abercrombie and invited him to go on tour while he was still a student. During the same period, Ambercrombie also met the Brecker Brothers, who invited him to become a new part of their group Dreams, which would become one the prominent jazz-rock bands of the late 1960s and early 1970s. Abercrombie appears on the group's eponymous debut album.

After graduating from Berklee, Abercrombie headed to New York, where he quickly became one of New York's most in-demand session players. He recorded with Gil Evans, Gato Barbieri, and Barry Miles, to name a few. He was also a regular with Chico Hamilton?s group. “

But it was in Billy Cobham's band, which also featured the Brecker brothers, that Abercrombie first started to build a following. He was featured on several of Cobham's albums, including Crosswinds, Total Eclipse and Shabazz, all of which staked new ground in fusion jazz. The group was booked into large concert halls and arenas, appearing on bills with such top rock attractions as the Doobie Brothers. It was not, however, the direction Abercrombie had hoped his career would go. “One night we appeared at the Spectrum in Phildelphia and I thought, what am I doing here?” he said. “It just didn?t compute.”

In the early 1970s, Abercrombie ran into Manfred Eicher, who invited him to record for ECM. The result was Abercrombie's first solo album, Timeless, in which he was backed by Jan Hammer and Jack DeJohnette. Abercrombie's second album, Gateway, was released in November 1975 with DeJohnette and bassist Dave Holland; a second Gateway recording was released in June 1978.

He then moved on to a traditional quartet format, recording three albums on ECM—Arcade, Abercrombie Quartet, and M—with pianist Richie Beirach, bassist George Mraz and drummer Peter Donald. “It was extremely important to have that group for many reasons,” Abercrombie told AAJ in 2004. “It was, of course, a good band, but it was also my first opportunity to really be a leader and to write consistently for the same group of musicians.”

His second group, a trio with bassist Marc Johnson and drummer Peter Erskine, marked the first time he experimented with the guitar synthesizer. This gave him the opportunity to play what he called “louder, more open music” with a propulsive beat, demonstrated in the group's three releases, Getting There (featuring Michael Brecker) in 1987, Current Events in 1988, and John Abercrombie, Marc Johnson & Peter Erskine in 1989.

From there, he moved to partnerships that he would shuffle and reshuffle for the next 20 years. He reunited with his Gateway bandmembers in 1995 for an album appropriately titled Homecoming, but not before forming yet a third ensemble that would make several recordings together. Abercrombie had long been enamored with the sound of jazz organ, so he teamed with organist Dan Wall and drummer Adam Nussbaum in While We Were Young and Speak of the Devil (both 1993) and, in 1997 Tactics. Another album, titled Open Land, added violinist Mark Feldman and saxophonist Joe Lovano to the mix.

His affiliation with Feldman, in a quartet that included Marc Johnson and drummer Joey Barron, ushered in a period of looser, freer, almost improvisatory playing. “I like free playing that has some relationship to a melody; very much the way Ornette Coleman used to write all those wonderful songs and then they would play without chords on a lot of them,” he told AAJ. In fact, Abercrombie's work from this period has been compared to chamber music, with its delicacy of sound and telepathic communication between musicians.

Throughout the 1990s and into 2000 and beyond, Abercrombie has continued to pluck from the ranks of jazz royalty—and be plucked for guest appearances on other artists' recordings. One propitious relationship was with guitarist, pianist, and composer Ralph Towner, with whom Abercrombie has worked in a duet setting. (Abercrombie has also worked in guitar duos with John Scofield, for 1993's Solar and with Joe Beck in Coincidence, released in 2007). Abercrombie has also recorded with saxophonist Jan Garbarek and bassist Eddie Gomez.

Abercrombie keeps up a heavy touring schedule and continues to record with ECM, a relationship that has spanned more than 30 years. As he told one interviewer, “I'd like people to perceive me as having a direct connection to the history of jazz guitar, while expanding some musical boundaries.” That, no doubt, will be his legacy. Show less 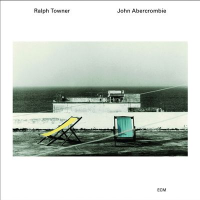 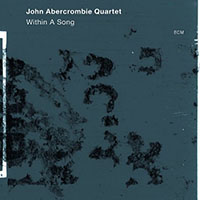 All About Jazz musician pages are maintained by musicians, publicists and trusted members like you. Interested? Tell us why you would like to improve the John Abercrombie musician page.