Johnaye Kendrick was born and raised in San Diego, CA. She received a Bachelor of Music from Western Michigan University in 2005. During her time at Western Michigan, she received a DownBeat Student Music Award for Outstanding Jazz Vocalist, and was featured in an honors recital with pianist Fred Hersch. In the fall of 2007, Ms. Kendrick was accepted to the prestigious Thelonious Monk Institute of Jazz.

While attending the Thelonious Monk Institute, Johnaye worked with many outstanding jazz musicians, including Terence Blanchard, Wayne Shorter, Herbie Hancock, Danilo Perez, Kurt Rosenwinkel, and Brian Blade. She received an Artist’s Diploma from the Thelonious Monk Institute of Jazz and a Masters Degree in Jazz Studies from Loyola University in 2009.

After graduating from the Monk Institute, Johnaye was immediately hired by trumpeter Nicholas Payton, who raves “Johnaye has the potential to be a vocalist of the highest order; the likes of which we have seen seldom since the grande dames of the golden era of jazz roamed about the earth. She’s got IT!” In addition to her many travels with the Nicholas Payton SEXTET, Johnaye has also been a featured vocalist with the Ellis Marsalis Quartet and the New Orleans Jazz Orchestra. The Orchestra won a Grammy® Award in the 2009 for “Best Large Jazz Ensemble Album” category for their release Book 1 on which Ms. Kendrick is featured.

Johnaye performs her own original compositions as well as fresh interpretations of beloved jazz and blues compositions. She focuses on graceful renditions of jazz standards and composes music and lyrics where she often accompanies herself on harmonium, violin, viola and percussion. The legendary Jimmy Heath says that “Johnaye is not just a vocalist. She is a complete musician with a beautiful instrument and open ears.”

A dedicated educator, Johnaye resides in Seattle, WA where she serves as an Associate Professor of Jazz Voice at Cornish College of the Arts. In 2013, she was nominated for an Earshot Jazz Golden Ear Award as “Northwest Vocalist of the Year.” In 2014, she recorded, produced and released her debut CD, Here, for the johnygirl label. Featuring 12 of Johnaye’s original compositions, Here finds her supported by pianist Dawn Clement, bassist Chris Symer, and drummers Byron Vannoy and D’Vonne Lewis. Show less 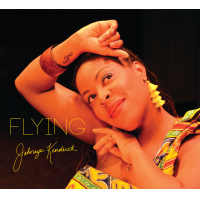 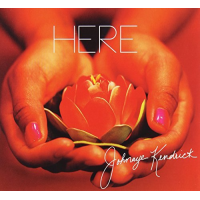 All About Jazz musician pages are maintained by musicians, publicists and trusted members like you. Interested? Tell us why you would like to improve the Johnaye Kendrick musician page.