John Fusco is the writer-producer of 12 motion pictures, including Crossroads, Young Guns, Thunderheart, Hidalgo, The Forbidden Kingdom, the sequel to Crouching Tiger, Hidden Dragon, and the Academy Award-nominated Spirit: Stallion of the Cimarron.

His upcoming film productions include The Shack starring Octavia Spencer, Sam Worthington, and Tim McGraw (March 2017) and the Universal Pictures action-adventure Spirit Animals. He is the creator and executive producer of the popular series Marco Polo currently in its second season on Netflix.

He is also the author of the novels Paradise Salvage, Dog Beach, and the award-winning children's book Little Monk and the Mantis. 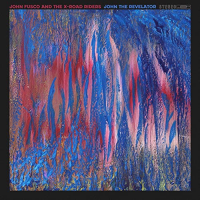 All About Jazz musician pages are maintained by musicians, publicists and trusted members like you. Interested? Tell us why you would like to improve the John Fusco musician page.