A mainstay on the California music scene, John Harrington has been performing, recording, and touring professionally for the past 15 years. Starting at the age of 9, Mr. Harrington has continued his pursuit of music through a wide array of styles and groups. After his debut jazz album (Love's Divine), 3 years of touring in his funk, Brazilian samba band Delta Nove, and musical director at the Commonwealth Lounge; John has returned to the studio to continue refining his skills as a trumpet player, leader, and composer.

John studied music at California State University Fullerton where he received his Bachelor of Arts in Music. Since that time he has been a public music teacher, performer, and recording artist. Mr. Harrington is committed to the pursuit of music and especially the style that rings so true for him, Jazz. 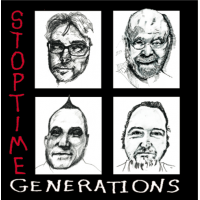 All About Jazz musician pages are maintained by musicians, publicists and trusted members like you. Interested? Tell us why you would like to improve the John Harrington jazz musician page.