John Lennon was the Beatles' most committed rock & roller, their social conscience, and their slyest verbal wit. After the group's breakup, he and his second wife, Yoko Ono, carried on intertwined solo careers. Ono's early albums presaged the elastic, screechy vocal style of late- '70s new wavers like the B-52's and Lene Lovich. L7 and Babes in Toyland have also been influenced by and benefited from Ono's attitudinal, emotionally trailblazing work. Lennon strove to break taboos and to be ruthlessly, publicly honest. When he was murdered on December 8, 1980, he and Ono seemed on the verge of a new, more optimistic phase. In the years since Lennon's death, many critics and music historians have revised their view of Ono to recognize her contributions as a pioneering woman rock musician and avant-garde artist.

Like the other three Beatles, Lennon was born to a working-class family in Liverpool. His parents, Julia and Fred, separated before he was two (Lennon saw his father only twice in the next 20 years), and Lennon went to live with his mother's sister Mimi Smith; when Lennon was 17 his mother was killed by a bus. He attended Liverpool's Dovedale Primary School and later the Quarry Bank High School, which supplied the name for his first band, a skiffle group called the Quarrymen, which he started in 1955.

In the summer of 1956 he met Paul McCartney, and they began writing songs together and forming groups, the last of which was the Beatles. In 1994 a tape of John and the Quarrymen performing two songs, made July 6, 1957, the day he met McCartney, came to light. Recorded by Bob Molyneux, then a member of the church's youth club, it was auctioned at Sotheby's in September 1994, fetching $122,900 from EMI. On the tape, Lennon sings “Puttin' on the Style,” then a Number One hit for skiffle king Lonnie Donegan, and “Baby Let's Play House,” the Arthur “Hard Rock” Gunter song that had been recorded by Elvis Presley and a line of which (”I'd rather see you dead, little girl, than to be with another man”) Lennon later used in the Beatles' “Run for Your Life.”

Just before the Beatles' official breakup in 1970 (Lennon had wanted to quit the band earlier), Lennon began his solo career, more than half of which consisted of collaborations with Ono. During the early '60s Ono's works (many of which were conceptual pieces, some involving audience participation) were exhibited and/or performed at the Village Gate, Carnegie Recital Hall, and numerous New York galleries. In the mid-'60s she lectured at Wesleyan College and had exhibitions in Japan and London, where she met Lennon in 1966 at the Indica Gallery.

The two began corresponding, and in September 1967 Lennon sponsored Ono's “Half Wind Show” at London's Lisson Gallery. In May 1968 Ono visited Lennon at his home in Weybridge, and that night they recorded the tapes that would later be released as Two Virgins. (The nude cover shots, taken by Lennon with an automatic camera, were photographed then as well.) Lennon soon separated from his wife, Cynthia (with whom he had one child, Julian, in 1964); they were divorced that November. Lennon and Ono became constant companions.

Frustrated by his role with the Beatles, Lennon, with Ono, explored avant- garde art, music, and film. While he regarded his relationship with Ono as the most important thing in his life, the couple's inseparability and Ono's influence over Lennon would be a source of great tension among the Beatles, then in their last days.

Three days after Lennon's divorce, he and Ono released Two Virgins, which, because of the full-frontal nude photos of the couple on the jacket, was the subject of much controversy; the LP was shipped in a plain brown wrapper.

On March 20, 1969, Lennon and Ono were married in Gibraltar; for their honeymoon, they held their first “Bed-in for Peace,” in the presidential suite of the Amsterdam Hilton. The peace movement was the first of several political causes the couple would take up over the years, but it was the one that generated the most publicity.

On April 22, Lennon changed his middle name from Winston to Ono. In May they attempted to continue their bed-in in the United States, but when U.S. authorities forbade them to enter the country because of their arrest on drug charges in October 1968, the bed-in resumed in Montreal. That May, in their suite at the Queen Elizabeth Hotel, they recorded “Give Peace a Chance”; background chanters included Timothy Leary, Tommy Smothers, and numerous Hare Krishnas. Soon afterward, “The Ballad of John and Yoko” (Number Eight, 1969) was released under the Beatles' name, though only Lennon and McCartney appear on the record.

In September 1969, Lennon, Ono, Eric Clapton, Alan White, and Klaus Voormann performed live as the Plastic Ono Band in Toronto at a Rock 'n' Roll Revival show. The appearance, released as Live Peace in Toronto, 1969, was Lennon's first performance before a live concert audience in three years. Less than a month later he announced to the Beatles that he was quitting the group, but it was agreed among them that no public announcement would be made until after the pending lawsuits involving Apple and manager Allen Klein were resolved.

In October the Plastic Ono Band released “Cold Turkey” (Number 30, 1969), which the Beatles had declined to record, and the next month Lennon returned his M.B.E. medal to the Queen. In a letter to the Queen, Lennon cited Britain's involvement in Biafra and support of the U.S. in Vietnam and-- jokingly--the poor chart showing of “Cold Turkey” as reasons for the return.

The Lennons continued their peace campaign with speeches to the press; “War Is Over! If You Want It” billboards erected on December 15 in 12 cities around the world, including Hollywood, New York, London, and Toronto; and plans for a peace festival in Toronto. When the festival plans deteriorated, Lennon turned his attention to recording “Instant Karma!” which was produced by Phil Spector, then also editing hours of tapes into the album that would be the Beatles' last official release, Let It Be.

In late 1970 Lennon and Ono released their twin Plastic Ono Band solo LPs, contained some of his most personal and, some felt, disturbing work--the direct result of his and Ono's primal scream therapy with Dr. Arthur Janov. In March 1971 the non-album “Power to the People” hit Number 11, and that September, Lennon's solo LP Imagine was released; it went to Number One a month later.

Over the next two years Lennon released Mind Games (Number Nine) and Walls and Bridges (Number One), which yielded his only solo Number One hit, “Whatever Gets You Thru the Night,” recorded with Elton John.

On November 28, 1974, Lennon made his last public appearance, at John's Madison Square Garden concert. The two performed three songs, “Whatever Gets You Thru the Night,” “I Saw Her Standing There,” and “Lucy in the Sky with Diamonds,” released on an EP after Lennon's death.

Meanwhile, Lennon's energies were increasingly directed toward his legal battle with the U.S. Immigration Department, which sought his deportation on the grounds of his previous drug arrest and involvement with the American radical left. On October 7, 1975, the U.S. Court of Appeals overturned the deportation order; in 1976 Lennon received permanent resident status.

On October 9, 1975, Lennon's 35th birthday, Ono gave birth to Sean Ono Lennon. Beginning in 1975, Lennon devoted his full attention to his new son and his marriage, which had survived an 18-month separation from October 1973 to March 1975. For the next five years, he lived at home in nearly total seclusion, taking care of Sean while Ono ran the couple's financial affairs. Not until the publication of a full-page newspaper ad in May 1979 explaining his and Ono's activities did Lennon even hint at a possible return to recording.

In September 1980 Lennon and Ono signed a contract with the newly formed Geffen Records, and on November 15 they released Double Fantasy (Number One, 1980). A series of revealing interviews were published, “(Just Like) Starting Over” hit Number One, and there was talk of a possible world tour.

But on December 8, 1980, Lennon, returning with Ono to their Dakota apartment on New York City's Upper West Side, was shot seven times by Mark David Chapman, a 25- year-old drifter and Beatles fan to whom Lennon had given an autograph a few hours earlier. Lennon was pronounced dead on arrival at Roosevelt Hospital. At Ono's request, on December 14 a 10-minute silent vigil was held at 2 p.m. EST in which millions around the world participated. Lennon's remains were cremated in Hartsdale, New York. At the time of his death, Lennon was holding in his hand a tape of Ono's “Walking on Thin Ice.”

In addition to pursuing her own projects, Ono has maintained careful watch over the Lennon legacy. In the mid-'80s she opened the Lennon archives to Andrew Solt and David Wolper for their 1988 film biography Imagine

On March 21, 1994, Ono, Sean Lennon, an Julian Lennon were present as New York City Mayor Ed Koch officially opened Strawberry Fields, a triangular section of Central Park dedicated to John's memory and filled with plants, rocks, and other objects that Ono had solicited from heads of state around the world. In 2000 there were a number of events commemorating Lennon's 60th birthday and the 20th anniversary of his death, including a major exhibition on Lennon and his work at the Rock and Roll Hall of Fame & Museum. In 2002, Lennon's hometown renamed its airport Liverpool John Lennon Airport. Show less

And then Miles Davis and John Lennon Started Playing Basketball.... 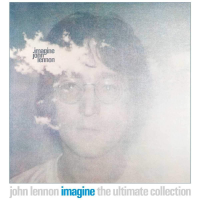 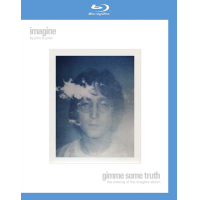 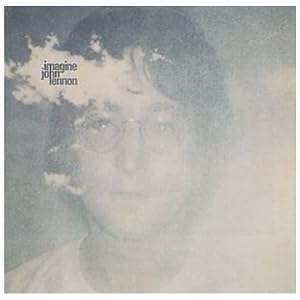 All About Jazz musician pages are maintained by musicians, publicists and trusted members like you. Interested? Tell us why you would like to improve the John Lennon musician page.