John Clayton Mayer singer-songwriter won the Grammy Award for Best Male Pop Vocal Performance for the 2002 release of the single 'Your Body Is a Wonderland.' In February of 2005, he also won a Best Male Pop Vocal Performance Grammy for his song 'Daughters' of the album 'Heavier Things'. He beat out, Elvis Costello, Josh Groban, Prince and Seal. He also took home the Grammy Award for Song Of The Year which is awarded to song writers, for the song 'Daughters'. He dedicated that award to his Grandma, Annie Hoffman, who passed away in May of 2004.

Born in Bridgeport, Connecticut, Mayer grew up in Fairfield, Connecticut and attended Fairfield High School. Mayer listened to pop music, but it was not until the age of thirteen that his inspiration for playing the guitar began. When a neighbor gave him a Stevie Ray Vaughan tape, Mayer discovered the blues and learned how to play the guitar. After two years of practice, he started playing at blues bars and other venues in the area. While in high school, he was in a band called Villanova Junction with Joe Beleznay, Tim Procaccini, and Rich Wolf.

After playing the guitar for several years, Mayer enrolled in the Berklee College of Music in Massachusetts at the age of 19. He soon realized that instead of studying music, he was more interested in writing and playing it, and chose to cut his studies short in favor of moving to Atlanta, Georgia

. He began his career in earnest there, quickly making a name for himself in the local coffeehouse and club circuit.

Mayer has toured with many groups, including Maroon 5, Guster, Counting Crows, The Wallflowers, and Teitur. Some of his most popular and well-known songs include 'Clarity', 'Bigger Than My Body', 'No Such Thing' and 'Your Body Is a Wonderland'.

Although John has maintained a reputation for being a sensitive singer-song writer, his real talent lies in his excellent guitar playing. Influenced by Jimi Hendrix and SRV, it has been argued that John's electric guitar playing is truly what makes him a musical genius and what makes him gain respect from his peers.

John allows audio taping at most live performances, and he also allows for the non-commercial trading of those recordings. He does this to give fans the opportunity to recreate the live experience. He also does this to encourage fan interaction. Trading recordings is what helped John become more well known in the early days.

July 7, 2009 Mayer took the stage at the Michael Jackson memorial at the Staples Center in los Angeles performing 'Human Nature'. Mayer went for a stylish guitar interpretation, vocal-less until about halfway through, when a choir sang the lyrics above a whisper. It's easy to take a jab at Mayer here, with his exaggerated, pained expressions and Sunday brunch-safe interpretation, but in this setting it was soft and respectable. Show less

John Mayer: Twitter Killed My Ability to Write a Song...

Review Brad Mehldau and John Mayer at the Hollywood Bowl

John Mayer Lets the Music Do the Talking 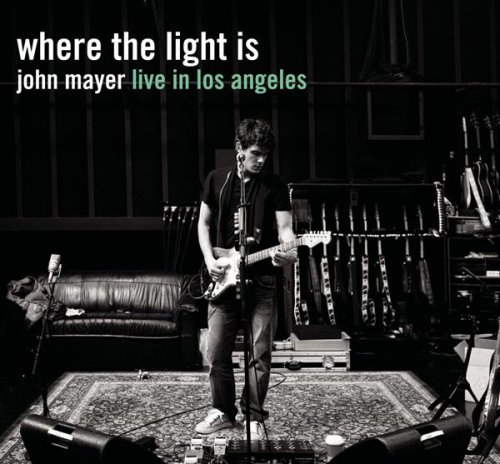 All About Jazz musician pages are maintained by musicians, publicists and trusted members like you. Interested? Tell us why you would like to improve the John Mayer musician page.