Born in French Camp, CA. and raised in San Pedro, CA., Johnny j Rivera has been singing his whole life, then first picked up a guitar at the age of 13. First inspired by The Beatles, Earth, Wind and Fire, Albert King, and B.B King, these artists set him on his stylistic journey. After high school, he took a three hour a day bus journey to Hollywood ,CA to pursue his musical career, attending the Musicians Institute in 1985, where he discovered his passion for blues and jazz, studying with Joe Pass, Frank Gambale, Norman Brown, Don Mock, and Scott Henderson, while playing, with many blues and r&b groups in L.A to solidify his unique style. Before graduating Muscians Institute, he was tapped on the shoulder by legendary guitarist, Norman Brown to play keyboards and sing in Norman Brown’s group. Johnny says, “It was a thrill of a lifetime, but I was definitely out of my element at that point in my career, and just in awe of him. But, Norman was very gracious and took me under his wing, and I learned a lot from him. That experience defined who I am today musically”.

He delivered his debut CD, Trying To Catch Rain, which he wrote all the songs for and played most of the instruments. The first single “Lady Cab Driver” peaked at number six on the smoothjazznow charts. The single also made it into the best songs of 2010 charts. His current single “If Only You Knew” is in heavy rotation locally at 91.5 KUNV, in Las Vegas where Johnny currently resides.

His fan base stretches from Japan to France as shown by his sales in different countries around the world. Johnny has played at The Mandalay Bay Resort, The Tropicana, The Wynn, The Belagio, The House Of Blues, and has performed for crowds at festivals of over fifty thousand people in Los Angeles as a musical director for televised performances on Telemundo/NBC, Azteca America, and Kwhy 22 Los Angeles. He is also performing at the 2011 ALMA Awards “After Party”, in Los Angeles hosted by George Lopez and Eva Longoria. It has been a long journey for Johnny j Rivera, but one thing is for sure, his audiences love the music, and the vibe his band brings to the stage each and every night.

Moving forward, Rivera is cementing tour plans, with solo dates in the new year at the House of Blues in Los Angeles, and at The Roxy in Los Angeles, as well as, solidifying a management deal with Proenza Entertainment. Johnny says” They say into every life a little rain must fall, that never bothered me, I’m still here “Trying to Catch Rain.... 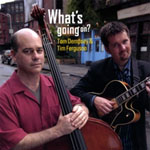 All About Jazz musician pages are maintained by musicians, publicists and trusted members like you. Interested? Tell us why you would like to improve the Johnny J Rivera musician page.