John Petrucelli is a jazz saxophonist and composer who began the foundation for his musical career at age 11 in the night club scene in Trenton, New Jersey. He earned his MM in Jazz Studies at Rutgers University, studying with Ralph Bowen, Stanley Cowell, Charles Tolliver and Conrad Herwig.

Petrucelli performs monthly at Somethin' Jazz Club in NYC and throughout the tri-state area.

Read more articles
“Emerging tenor star John Petrucelli had a fabulous long improv solo as the rest of the ensemble played the melody on an old up tempo arrangement of ʻBody and Soulʼ...” —Frank Mulvaney, Jersey Jazz February 2011 Issue. 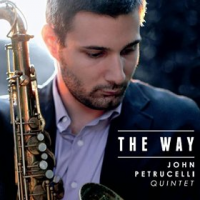 All About Jazz musician pages are maintained by musicians, publicists and trusted members like you. Interested? Tell us why you would like to improve the John Petrucelli musician page.