Jonas Kappel is a Danish guitarist and composer born in 1982 and now based in Aarhus. He released his first album “Aurora” in 2009, which received much critical acclaim. Since then he has released several albums and EPs with different groups. Jonas Kappel plays his own brand of jazz-rock on his latest release QUARTET, which features Jonas Kappel on guitar, Jonas Andreasen on saxophone, Jens Mikkel Madsen on double bass and Daniel Sommer on drums.

”[...] it unites Jonas Kappel's love of both jazz and rock in a beautiful synthesis of ... slow motion themes.” Lydtapet on “Slow Motion Themes” (2012)

”The northern lights are roaring most impressively in a long, distorted solo by guitarist, composer, and anchor man Jonas Kappel [...]” Politiken on “Aurora” (2009)

”[the record] stands out with a personal identity, that not many young composers have found. Jonas Kappel Lund has! [...] one of the most exciting new Danish jazzbands at the moment.” Jazznyt on “Aurora” (2009)

”Guitarist Jonas Kappel writes beautiful complex melody lines, that he among other things embellishes with affectionate strings moving about.” Jazz Special on “Aurora” (2009) 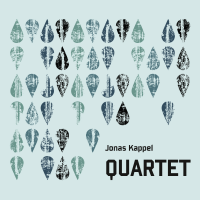 From: QUARTET
By Jonas Kappel

All About Jazz musician pages are maintained by musicians, publicists and trusted members like you. Interested? Tell us why you would like to improve the Jonas Kappel musician page.