Jon Blanchette is a guitarist currently residing in New York. Beginning on violin and trumpet at age 9, Jon picked up the guitar at 16 after being inspired by groups like Pink Floyd, Led Zeppelin, and Rage Against the Machine. He began playing professionally at 19, touring the New England area with various groups. After graduating from Plymouth State University with a degree in Jazz Performance, he resided in Istanbul for 2 years, where he performed and soaked up the sounds of the Near East.

Since recently moving to New York in 2010, Jon has found himself busy leading a variety of groups, including the Jon Blanchette Standards Quartet, the Jon Blanchette Group, and the fusion group Over the Limit. Recently he has become a member of the The Low-End Initiative (led by bassist Steven Husted), playing all-original fusion works. 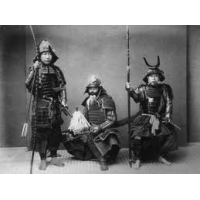 At the Samurai Hotel

The Sheikds of Bedford Ave.

Jon Blanchette
At the Samurai Hotel

All About Jazz musician pages are maintained by musicians, publicists and trusted members like you. Interested? Tell us why you would like to improve the Jon Blanchette musician page.