Jon Christensen over the past thirty years, the Norwegian drummer has played drums and percussion on fully fifty-five releases from the esteemed German jazz label.

Jon elaborates on beats: “You could go to a jazz club Tuesday at 8:00 and play just one tap on the cymbal, then come back to the club exactly one week later and play one more cymbal hit. People would think the two events have nothing in common. But that is a beat.”

Well, that might not wash in Nashville, but it's certainly worked its magic for a host of ECM artists. “If I'm playing with a band in 4/4 in a medium tempo,” Jon explains, “and I feel like loosening up a bit, I could go out of tempo or stop altogether”but I always know exactly where I am. I'm just not marking the 1 or setting up the bridge with a fill. I always try to avoid that. Instead, I try to play in waves.”

Although Christensen can play straight time with the best of 'em - always on a brutally heavy old Turkish K - he'd rather mix it up a little. You hear Jon's diverse approaches on his ECM Rarum release, eloquent testimony to his status as a master of modern jazz drumming. Other Rarum honorees include Chick Corea, Jack DeJohnette, Pat Metheny, Dave Holland, Gary Burton, Keith Jarrett, and Bill Frisell.

Christensen turned sixty touring with a guitarist half his age, Jacob Young. Over the decades, Jon intimates, “I've always been hired to play like I play. I've been playing “Jon Christensen” all the way. Journalists began writing that I was this innovative drummer and that people from Japan and Europe had begun trying to play like me. Only then did I figure out, Hmmm, maybe I've done something different after all.”

Improvisational understanding in the group levels out the age differences: lyrically inventive trumpeter Mathias Eick may be 28 and resourceful drummer Jon Christensen 64 but they are clearly attuned to each other. A particular delight of the new album is the interplay between Young’s prominently-featured acoustic guitar and Christensen’s drums, in striking interplay on four of the pieces here “Sideways” itself, “Near South End”, “Out of Night” and “Maybe We Can”.

In an interview with All About Jazz, Young called Christensen the director of the band: “He’s more of a director than a drummer in the traditional sense, at least the way he plays now. He can push the tune in any direction he wants.” Christensen is at liberty to play freely, colour the music or drive it forward, to light fires under the musicians or detail their solos.

Incorrigibly committed to the idea of jazz as the sound of surprise, Christensen is in his best unpredictable form on “Sideways”, a disc which is, we believe, his 55th ECM recording. (The first of course was “Africa Pepperbird”, introducing the Garbarek Quartet with Terje Rypdal, Arild Andersen and Jon in 1970). He and Jacob Young have been playing together in diverse contexts since 1996. Show less 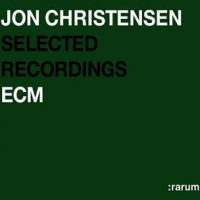 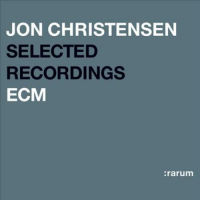 All About Jazz musician pages are maintained by musicians, publicists and trusted members like you. Interested? Tell us why you would like to improve the Jon Christensen musician page.