Jon LaTona is originally from Buffalo, NY. He took up the electric bass at the age of 12 and started gigging profesionally at the age of 15. He began his curiousity with jazz by taking bass lessons with James Kurzdorfer, the original bassist of Spyra Gyra.

He later then went to the University of the Arts in Philadelphia where he gained a better understanding of the jazz under the mentorship of Jim Paxson, Tony Miceli, Kevin MacConnell, Steve Beskrone and others.

Do teach privately at student's home. Rates are availble based on request. 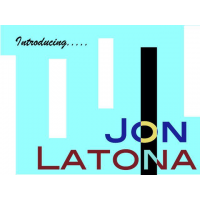 Steaks on a Train

All About Jazz musician pages are maintained by musicians, publicists and trusted members like you. Interested? Tell us why you would like to improve the Jon LaTona musician page.