Between 1980 and 1989 toured and recorded extensively with most musicians in the spanish scene and some internationally acclaimed artists as Woody Shaw, kenny Wheeler, Jack Walrath, Dave Schinitter, Sal Nistico, Sean Levitt and others. In 1989 moved to Boston to study trumpet at Berklee College of Music.

In Boston Jordi became the drummer of choice for many of his peers and joined Danilo Perez trio for some gigs in Panama, France, Boston and New York, then joined Paquito D’rivera sextet for 2 years and moved to Ny City in 1991.

In New York, Jordi played in the early recordings of many of his Boston friends like Mark Turner, Chris Cheek, Seamus Blake, Kurt Rosenwinkel and some other musicians then living in the city like Brad Mehldau, Ethan Iverson, Reid Anderson, Avishai Cohen, Joe Martin, Freddie Bryant Jordi also worked and recorded with Joshua Redman, Bill McHenry, Bruce Barth, Mike Kanan, Ben Monder, Nat Su, Steve Wilson, Mark Johnson, Larry Grenadier, Ben Street, to mention a few In 1995 started touring around the world and recording extensively with the Brad Mehldau trio for 10 years . During this time also toured and recorded with The Bloom Daddies an electric high voltage band lead by Chris Cheek and Seamus Blake, with Jesse Murphy on bass and a two drummer team with Jordi and Dan Reiser or later with Tony Mason.

Also in 2000 moved back to Barcelona to raise a family and to start focusing on piano.

in the last ten years Jordi has been playing and recording on piano with some bands like Jordi Matas Quintet or Joe Smith septet and several projects with Guillermo Klein, including a performance at Merkin Hall in NYC and the Library of Congress Auditorium in Washington DC.

Since 2006 Jordi has recorded is first album as a leader ¨Wicca¨ in trio with Albert Sanz on Hammond organ and RJ Miller on drums and also his second outing ¨IVLIANVS Suite¨ with the same rhythm section plus Chris Cheek on sax and Felix Rossy (Jordi’s son ) on trumpet.

Jordi’s band has been touring around Spain, the east coast of USA, Marroco, Italy and also performed in 2010 in Basel Switzerland. 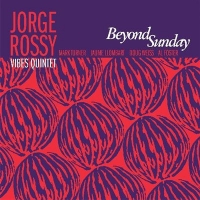 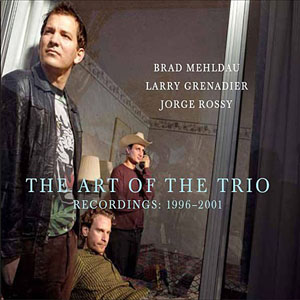 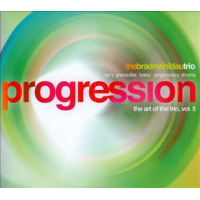 All About Jazz musician pages are maintained by musicians, publicists and trusted members like you. Interested? Tell us why you would like to improve the Jorge Rossy musician page.