Born in Rochester, NY in 1977, Josh took to music at an early age. He started playing saxophone at the age of 11 in the 5th grade. He studied classical for several years all the way through High School. His Junior year in High School, he was introduced to the great trumpeter Paul Smoker. It was with Smoker that Josh first started to learn what was involved in becoming a Jazz musician. In January of 1996, Josh started his studies at Berklee College of Music where he was able to study with many extraordinary musicians. But when he saw George Garzone perform for the first time, he had found the teacher the wanted to study with. Josh spent almost every Monday at the Lizard Lounge in Cambridge, MA watching Garzone's super trio, The Fringe, where Josh says he learned more than in his classes. Josh graduated Berklee in May of 1999 with a Bachelors in Music Performance and soon moved to New York. Josh has performed with many different groups, many of which as a leader. 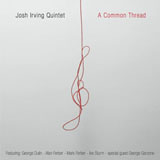 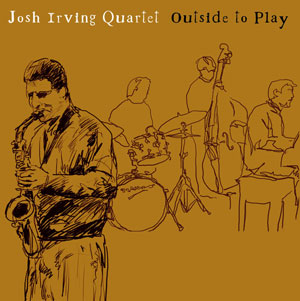 All About Jazz musician pages are maintained by musicians, publicists and trusted members like you. Interested? Tell us why you would like to improve the Josh Irving musician page.