Joshua Abrams is a composer, bassist, and improviser. His early formative musical experiences include performing in a chamber group conducted by Earle Brown, and busking on the streets of Philadelphia as an original member of The Roots. Since the mid-1990s, Abrams has been a key figure in Chicago's creative music communities and an international touring musician with artists across genres. In 2010, Abrams formed the project Natural Information Society (NIS), a group that creates long-form psychedelic environments that join the hypnotic qualities of the guimbri, a Gnawan lute, to a wide range of contemporary musics and methodologies including jazz, minimalism, and experimental rock.

Abrams has scored numerous feature films, including The Trials of Muhammad Ali (2013), and several projects with award-winning director Steve James: the films Abacus: Small Enough To Jail (2017), Life Itself (2014), The Interrupters (2011); and the documentary series America To Me (2018). Abrams' collaborations with visual artists include sound projects and exhibitions with Lisa Alvarado, Theaster Gates, and Simon Starling. 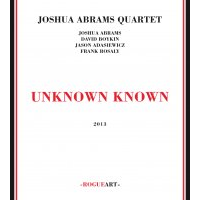 All About Jazz musician pages are maintained by musicians, publicists and trusted members like you. Interested? Tell us why you would like to improve the Joshua Abrams musician page.