Joshua says, when asked about his music. “I want to tell my own story.” His is a generation of Jazz Majors, fresh out of college. They know the 'licks' and the Real Books, and can emulate a rolodex of jazz icons on command. With Songs of the Brother Spirit, Joshua has begun to tell a new story.

The themes of brotherhood and growing up drive Songs of the Brother Spirit (2013, Truth Revolution Records). Eight biographical pieces grow and develop, toeing the line between nostalgia and burgeoning adulthood. The main story is about his longtime friend Justin, someone whom Kwassman idolized and followed through his youth. “We went on as many adventures as we could, back then. When you're little, though, anything can seem like an adventure - even a half-mile walk to the center of town.”

With age brought renewed senses of daring: “We started taking bikes and riding to the most remote regions of Connecticut, sometimes a hundred miles in a day. With each outing I would blindly rely on him to get us there, and he always did.” The final three tracks, a three-part piece titled 'The Nowhere Trail', is a musical depiction of their latest and most harrowing journey together; one which served as a turning point for Kwassman in his passage to adulthood. “I sort of realized after that I needed to lead myself through life, and I learned that from Justin - from the Brother Spirit.

At 24 years old, Joshua already has an impressive resume. All About Jazz writer Dan Bilawsky wrote that he is a “compositional force on the rise”. He has received two consecutive ASCAP Young Jazz Composer Awards ('In Light There is Song, ' and 'The Nowhere Trail Part 1'), and has performed or recorded with the likes of Ingrid Jensen, Mark Turner, Geoffrey Keezer, and tabla master Badal Roy, to name a few. He has been a featured soloist at Lincoln Center and Symphony Space in New York City, and has headlined internationally, most recently at the JazzPeru Festival in Lima. He has a BA from the New School for Jazz and Contemporary Music, and a Masters in Music from New York University's Jazz program.

Despite his young age, the music featured on Brother Spirit has a remarkable patience, as well as a surprisingly developed ensemble sound. Kwassman is credited as a multi-instrumental performer here, playing alto and soprano saxophones, clarinet, flute, piano, and melodica. “Texture is very important to me,” he says, referring to the layering and orchestration of various instruments. “One of the key parts of big band music is the possibilities you have as a writer and arranger, because most wind players have two or three doubling instruments. You get a diverse sound from this and can call up that many more moods and feelings. I wanted to have this with my group, so I'm always switching instruments quickly during each piece.”

One of the more interesting sounds on the album is Kwassman's pairing of the melodica with vocalist Arielle Feinman, who sings pre-written syllables rather than words. The melodica is a small keyboad with an air tube, making it a wind/piano hybrid. The sound is reminiscent of an accordion or bagpipe. It is these melodic combinations which color Brother Spirit and allow for a dense ensemble sound, masking its mere six-person size. Joining Ms. Feinman in the group is a carefully-selected mix of talented rising stars, including the internationally renowned guitarist Gilad Hekselman, as well as Chilean drummer Rodrigo Recabarren, bassist Craig Akin, and alternating pianists Angelo Di Loreto and Adam Kromelow.

“Composition [in Jazz] has, in some cases, become an a la carte pulling of elements - an odd meter groove, x number bar vamp, 'blowing' over these changes, and on and on,” Kwassman says. “The tendency, I think, is to try and be as complex as possible to be different. Then all you have is complex-sounding noise, without any heart or purpose. It's fun to play sometimes but offers nothing to the listener - there is no more connection or sharing with the outside world at that point.” Writing, for Kwassman, becomes an intense search for a certain feeling. “If it doesn't move me to my core, I cannot use it. I want my music to tell a story that resonates.”

Upon listening to Songs of the Brother Spirit, it is clear that the music's strongest point, besides the written craft, is its matured ensemble sound. “Brian Blade's Fellowship Band has been a huge inspiration to me. I first saw them at the [Village] Vanguard in 2007 while at the New School and I had never heard or seen anything like it. The feeling was like watching a family up there, and the music had power and love in it. You don't see too many unified bands these days, not like the Coltrane quartet or Oscar Peterson's Trio. People put together groups for gigs and they don't get to develop over years. Brian's group has done that, and it really shows in their sound. My dream was to find people who wanted to create together, and I think I've finally got that in this group.”

On Brother Spirit, it is hard to find what people usually associate with jazz. It lacks swing as a rhythmic basis, and is not centered on improvised solos. “Jazz is evolving though,” he believes. “It's more of a spirit than a defined idea. I don't think I'm very concerned with the label of it - I just want to do something honest.” However, there are creative and effective uses of improvisation here. 'Our Land' features an extended and beautiful piano solo by Adam Kromelow, starting out unaccompanied and then growing to a full band explosion. Like Big Band music, each solo is supported by a three-dimensional moving background, woven seamlessly within the framework of the piece as a whole. This makes it difficult to know when someone is soloing, but Kwassman replies, “a solo is just another element of the music, and a chance for spontaneity. I only want people to listen with open ears and hearts, rather than pick apart its jazz and non-jazz elements.”

Still, Joshua is keen to point out the jazz heroes who got him here, and who continue to inspire. “I had a poster of Coltrane over my bed in college, so that whenever I woke up I would be reminded of his discipline and relentless growth as an artist. It has never left me.” He also pays tribute to other heroes and figures in his life, on 'In Light There Is Song,' a piece dedicated to his high school mentor George Stevens. Stevens passed away from Leukemia during Kwassman's first year of college. “He was a tremendous help to me in getting started, and I'll never forget him. I promised him I'd stay with music, in his honor, and I continue to keep that promise.”

Of the Brother Spirit, Joshua adds, “it's a connection, not based on blood or obligation but on love. Each piece of music comes out of that place. This album is just the beginning for me, because I'm still learning from that spirit.” In the meantime, Songs of the Brother Spirit serves as a shining display of inventive musical storytelling, and a major advancement along a developing career path.

Have taught students for over five years, in areas ranging from Clarinet, Flute, Piano, and Saxophone to composition and music theory. Able to teach all ages, beginner to advanced. Lessons tailored to your needs, not to my own belief system. Flexible availability, some weekdays, all weekends. Rates available upon contact.

I work best with saxophones, however I also specialize in rhythm section accompaniment and entire band phrasing

Have taught students for over five years, in areas ranging from Clarinet, Flute, Piano, and Saxophone to composition and music theory. Able to teach all ages, beginner to advanced. Lessons tailored to your needs, not to my own belief system. Flexible availability, some weekdays, all weekends. Rates available upon contact.

I work best with saxophones, however I also specialize in rhythm section accompaniment and entire band phrasing. I have played in many big bands, including the New York Jazz Classic, which performs with Ingrid Jensen at Lincoln Center, as well as with the Jack Jeffers Big Band. I also compose and arrange for big band, and have had my work recorded professionally. I work with all ages and skill levels, and am eager to help bring your band to the next level. 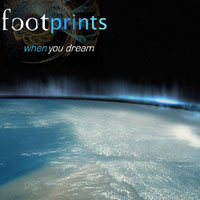 All About Jazz musician pages are maintained by musicians, publicists and trusted members like you. Interested? Tell us why you would like to improve the Joshua Kwassman musician page.