Born on May 4th 1994 in Dubai, UAE, guitarist Juan Dhas was immersed in music from the very beginning. At the age of 8, he began classical piano studies under Anton Tajanlangit, a member of the musical Tajanlangit family from the Philippines. However, Juan’s true passion for the guitar was ignited upon hearing a Hendrix album his father had bought; completely awe-struck, he asked his parents if he could study guitar. Juan’s wish was granted when he began studying with another Tajanlangit family member, Peter Tajanlangit, who saw great potential in Juan and nurtured his abilities over the coming years.

From a young age, Juan absorbed whatever he could around him, subconsciously molding his musical tastes. Growing up in Dubai, in a household with a Colombian mother and Indian father gave Juan a different perspective on life and his music. His trips to numerous countries and interactions with people from around the world made a lasting impression, allowing for a bottomless well of inspiration. In 2010, Juan auditioned for the prestigious Berklee College of Music, where he was awarded a scholarship and began his studies in Fall 2011. Since then, Juan has had the opportunity to study with great musicians such as Tim Miller, David Fiuczynski, and Leo Blanco (with whom he has performed). Juan also had the chance to hone his skills in improvisation, composition, and arranging.

At Berklee, Juan was exposed to a wide variety of music, which had a marked effect on his playing and creative voice. Not only did he discover contemporary Jazz, he also began to cultivate his guitar style around the sound of other instruments: most notably, the saxophone and the piano. Some of the influences cited during this period of time include Joshua Redman, Michael Brecker, Chris Potter, Aaron Parks, and Taylor Eigsti. Combining these sounds with some of his earlier influences, such as Tom Quayle and Allan Holdsworth, Juan has continued to craft a fluid, lyrical sound.

Currently 20 years old, Juan will soon be graduating from Berklee College of Music with a Bachelor’s Degree in guitar performance. His first solo album, Embracing Clarity, is a collection of unique compositions that takes the listener on a musical journey. Weaving together lyrical melodies and colourful textures, the album creates an atmosphere that is both emotionally rich and thought- provoking. Show less 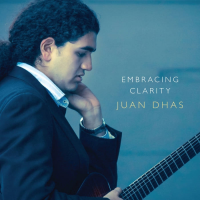 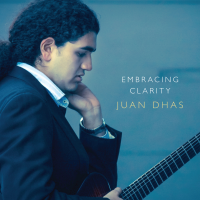 All About Jazz musician pages are maintained by musicians, publicists and trusted members like you. Interested? Tell us why you would like to improve the Juan Dhas musician page.