He starts his piano studies at the age of 4, which he continues in the Profesional Grade Conservatoire “Jesus Guridi” in Vitoria-Gasteiz (Spain). During his learning in the Conservatoire he regularly assists jazz courses during summer taught by Julliard School of Music during the Jazz Festival in Vitoria-Gasteiz. At the age of 17 he starts his full- time jazz studies with the help of Iñaki Salvador and Albert Bover, which were responsible of his training until he entered Muskiene (University of Music in the Basque Country) to study Piano-Jazz.

In 2012 he forms SB3 Trio with the double bass player Arturo Valero and drummer Guillermo McGill. He records his first album as the leader of the trio. This album has as a title “Lluvia de Mayo”, which they presented it in Madrid, Valencia, Vitoria, Bilbao, Santander and San Sebastian. This project obteined the recognition from critics of “DistritoJazz” as one of the top 5 albums in the national scene in 2013. This album also won the award for best jazz album 2013/2014 in the Basque Country.

Juan Sebastian Vázquez Barrachina piano
”In spite of his youthfulness, Juan Sebastian dazzles with his unprecedented maturity in his sound, technique and his aesthetic convictions, both in front of the piano and in his facet as a composer. He has an outstanding capacity of comunication which is authentically exceptional and he's a great trasmitor of lyricism with pure elegance.” Juan Alberto Garcia de Cubas - LOOTRO

“ 'Lluvia de Mayo' is his first album, a baby of the inspiration of te greatest; Barron, Hersch, Jarrett, Mehldau, but distills in its own and original flavour. Songs such as the first one in the album “Astron”, the magnificent “Andreas” in honour of his brother, “Charlito” or the intriguing “13” wouldn't clash with albums of great pianist already enshrined.” Iñigo Ortega Medrano - DistritoJazz 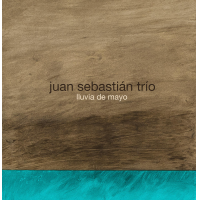 All About Jazz musician pages are maintained by musicians, publicists and trusted members like you. Interested? Tell us why you would like to improve the Juan Sebastian Vázquez Barrachina musician page.