What the critics are saying about Julia Lashae:

“It’s refreshing to hear a modern jazz crooner who doesn’t sound like a B-grade Vegas vocalist. …The CD has found its way onto my player at various times, but mostly when seeking something soothing and calm. …If you’re seeking music to lull you into a mood, this is the ticket.” -Gary Miller, Atomic

“Straight from the classics of the American songbook comes this sultry torch singer with the flaming red hair and the face that could launch a thousand ships. And a voice that’s as sweet and lovely as the talented chanteuse projecting it.” -Dean M. Shapiro, Offbeat 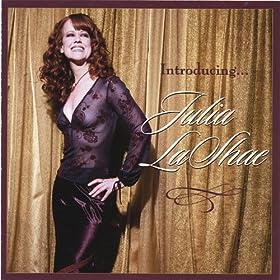 All About Jazz musician pages are maintained by musicians, publicists and trusted members like you. Interested? Tell us why you would like to improve the Julia Lashae musician page.