Saxophonist and Composer Julian Brezon brings a fresh ear to the world of modern creative music, drawing upon literary works and visual art to lend his compositions a singular character. Thanks to his mother’s career as a painter and his late father’s massive and diverse record collection, Brezon was fortuitously exposed to music and art ranging from A Love Supreme and Saxophone Colossus, to the paintings of Pierre Bonnard and Edward Hopper at a young age. This rich world of sound and color has helped Brezon to develop a nuanced ear, which lends his compositions a rare harmony of introspection and listenability. Brezon has performed his original music at venues across Maryland and his forthcoming debut album, The Deep Light, represents the honing of several years’ worth of compositions for jazz septet. A wide interest in varied styles of music has led Brezon to explorations in improvised music with the Out of Your Head collective, blues, punk, and rock music with various groups in Baltimore, as well as participation in flute and clarinet choirs. A recent recipient of a Graduate Performance Diploma at the Peabody Conservatory, Brezon has studied with renowned saxophonist Gary Thomas, trumpeter Alex Norris, saxophonist Matt Belzer, flutists Lori Kesner and Lisa Cella, and clarinetist Richard Spece. Brezon has received multiple grants from the Maryland State Arts Council. He completed his undergraduate studies at UMBC in 2013, where he was a recipient of the Linehan Arts Scholarship. 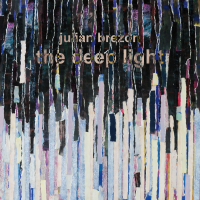 All About Jazz musician pages are maintained by musicians, publicists and trusted members like you. Interested? Tell us why you would like to improve the Julian Brezon musician page.