Pianist, keyboardist, composer born in São Paulo, studyied music at University of Campinas city, UNICAMP. Graduated at 1995, since then has released his first solo album 'Da Horta', with compositions of instrumental brazilian jazz, and influences from music of diverse genres, from classical to modern jazz. His work as been with several groups in Sao Paulo area, and now he tries to stay focused in his own work, and second album , NovaMente (new mind), to be released in singles as they get out of the mixing desk. 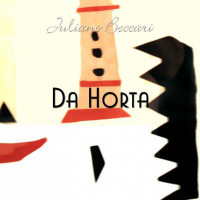 All About Jazz musician pages are maintained by musicians, publicists and trusted members like you. Interested? Tell us why you would like to improve the Juliano Beccari musician page.