June was born as Shirley Luster on November 20, 1925 at the Memorial Hospital in Springfield, Illinois and was raised from the age of three in Decatur, Illinois; and from the beginning always wanted to sing.

She was singing with local bands when she was just 13, and later with society bands around Chicago, the big city 150 miles from Springfield, using the name Sharon Leslie. None of her family knew anything about music, so she had to persuade them to let her sing with the local home town band. The band was led by Bill Oetzel, and as Shirley Luster she sang with it for four years. Next she joined Boyd Raeburn's first great band at Chicago's new Band Box Theatre. A bout of scarlet fever meant leaving after just four months. On recovering she found work hard to come by due to the effect of a 20% amusement tax on the music business. Nevertheless a short stint followed with Benny Strong's band, and there was some club work. By 1945, demoralised by the continuing panic in the business she was ready to call it quits and return home. Then she heard that Anita O'day was leaving the Stan Kenton band. The actual details of how she met and was auditioned vary according to the source but the fact remains that she was hired on March 22nd 1945 by Kenton. June was to say later “I don't think Stan ever cared for singers really, but at that time he felt he needed one fast”

During May '45 she recorded 'Tampico' with the band. As she recalled later “that session did a lot for me. I gained a lot of confidence, and luckily, the record was an enormous hit, things went well after that. It was Kenton's first million-seller. With such an auspicious start and newly christened June Christy, a rewarding future stretched ahead. Before the year was out, on Dec 26 1945 she had cut the second million-seller - “Shoo Fly Pie and Apple Pan Dowdy” In 1946 June married one of Kenton's star players - tenor saxist - BOB COOPER

The Kenton-Christy combination was a most happy and successful one which continued until Kenton had a temporary disbandment in Dec 1948. She returned on many occasions after that to appear and record with the band. During her years with Kenton she had every kind of music to sing and accomplished every piece with skill even though she could not read music. Arranger and composer Pete Rugolo (who joined the band in 1943) could have saved a lot of work over the years for June simply memorised her parts once she had learned them from an initial run-through by Rugolo at the piano. Her inability to sight-read has never proved an obstacle, so quick and accurate was she at picking up the vocal lines.

By the time Kenton broke up his band June was more than ready to branch out as a solo artiste; in fact she had already made a few titles for Capitol under her own name from 1947. With the expert accompanist Jimmy Lyon on piano she also worked the exclusive Supper Clubs; the petite figure, strawberry blonde hair, sunny disposition and enormous repertoire of quality songs all combined to make her one of the most welcome artistes at American night clubs. When Kenton asked her to go back for special tours or concerts, it was always on the basis that she would return to her solo career on completion of the contract.

It was a disc jockey in Chicago who first began calling her “misty”. Other disc jockeys heard him and, sensing the aptness of the word, followed suit and called her misty too. June heard the term, liked it, and relayed it to the people at Capitol, who also liked it.

The word is an apt one from many points of view, as well as pretty, for June has indeed a misty, springtime quality about her that manifests itself in the way she sings, the way she talks, and the way she looks. As a jazz singer June is something of a paradox, for she has a scrubbed young-girl look instead of the smouldering, torch quality that characterises a great many jazz singers.

So highly regarded was June's work with Kenton that Capitol invited her to become one of their solo artistes, and in the post-Kenton days album followed album, the majority of the early ones with Pete Rugolo, Kenton's chief arranger. Rugolo had entirely different ideas to bring to June's role within the Kenton band. “When I joined the band, I'd start writing these offbeat kind of arrangements behind her, usually on moody ballads, and she liked it. Rugolo continues “I made her change keys all the time and did all kinds of crazy intros and endings. When I listen to the stuff now I think, “My God, the poor thing, how did she ever sing over some of the stuff I wrote for her”.

When Kenton disbanded at the end of 1948, both Rugolo and June to a lesser extent remained connected to Capitol. Pete worked as A&R man whilst June, who had made her first single under her own name in 1947 only occasionally continued to make singles as a solo act. From '49 till '52 she seems to have worked only sporadically, devoting more time to her family. She topped the Down Beat poll four times as Best Female Singer with a Big Band but only did three recording sessions during this period, none of which produced big hits.

Beginning in '52 she began recording on her own in earnest, for several years exclusively with Rugolo. “My Heart Belongs to Only You” charted as a genuine hit and convinced Capitol that they had something worth-while. June & Rugolo convinced Capitol to let them build an album around the song 'Something Cool' and it became one of the most successful early vocal albums. Pete explains “the albums really did the trick for June, Capitol realising her talent and ability”. On Dec 29 1954, (1 track), and on May 9 1955 (3 tracks) were recorded to make the 10” album into the 12” version. Later in 1960 the album was re-recorded in stereo using almost the same line-up of musicians as the original. On their 9 albums June & Pete introduced dozens of new standards to the jazz repertoire, songs that would later be recorded by Ella Fitzgerald etc.

Towards the end of the sixties Miss Christy went into semi-retirement, emerging just occasionally to do dates in the Los Angeles area. In 1977 she made her most recent LP “Impromptu”; and in 1985 she was a most welcome guest at the Cannes,Nice,Monte Carlo Jazz Festival.

After many years of illness, June died in June, the 21st of that month 1990, at age of 64. “In life she was physically demure, but her presence was always felt wherever she went”. Show less 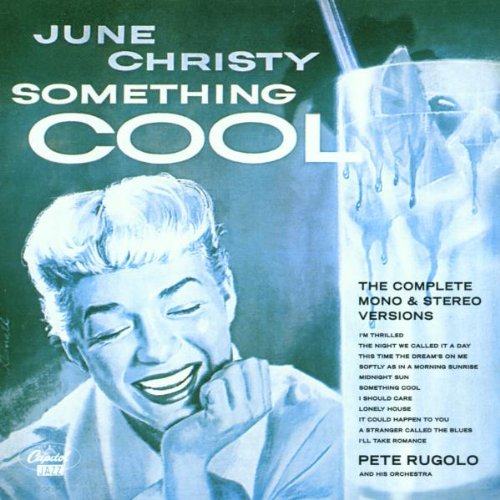 All About Jazz musician pages are maintained by musicians, publicists and trusted members like you. Interested? Tell us why you would like to improve the June Christy musician page.