With their latest album House of Leaves, Just East have arrived at an extraordinary synthesis of sound, colour, light and imagery — the apotheosis of a musical idea whose roots go back to 1993.

Back then Just East gained a reputation as one of the first and best groups to explore the connections between jazz and klezmer, but quickly developed a sound and approach all their own, and over time took in a much wider range of influences. The new material embodies their personal and idiosyncratic concept and compositional style, a collective voice which fans recognise and love.

The band has a uniquely off-beam take on contemporary music, incorporating world, folk and classical influences in their impressionistic style. Composition and improvisation are seamlessly linked, an approach that has led to favourable comparisons with fusion pioneers Weather Report and prog rock innovators Gong.

Now comfortably ensconced in their experimental underground lab in north London, all four band members contribute to the writing & arranging…compositions in which you’ll hear a myriad of influences: a shared fascination with American jazz, a weakness for sentimental melody from the old-world Diaspora, and performing careers that have taken in rock, pop and folk superstars, West End musical theatre, Mecca ballrooms and bar mitzvah bands.

Just East have performed all over Britain, with gigs at over 100 venues, including such diverse locations as London’s Purcell Room, Dartington Arts, the Geffrye Museum and several tours from the tip of Cornwall to the Orkneys. A popular choice for festivals, the band has appeared at Brecon, Marlborough, Ealing, Birmingham, Canterbury and many others.

House of Leaves is their fifth album. Their previous cd’s comprise: More than four: live at the lighthouse (2006), with special guest Gilad Atzmon, Feast (2002), Swerve (1999) and Just East of Jazz (1996), and every one received an ecstatic response from the UK national and jazz press, and continue to feature on BBC and Independent radio. All CDs are distributed by jazzcds.co.uk, and are available on iTunes and other digital sites.

In the interests of “putting something back”, the band has led educational workshops on both their music and on the business of music for Jazz Services, Middlesex University and other organisations.

Various funding bodies have demonstrated their belief in the project over the years, and Just East are grateful to the Arts Council of England, the Musicians’ Union, Jazz Services , South East Music Schemes and Jazz Action for their past and ongoing support.

“Just East are a lively, downright exhilarating outfit, and House of Leaves, their fifth album, is their best to date” vortexjazz.co.uk

“A wonderful amalgamation of inspired writing and stunning playing” The Musician 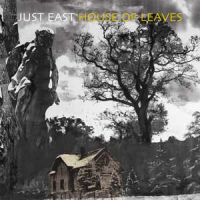 All About Jazz musician pages are maintained by musicians, publicists and trusted members like you. Interested? Tell us why you would like to improve the Just East musician page.