Kaoru Watanabe is a Brooklyn based composer and musician, specializing on the Japanese taiko drum and shinobue flutes. He has spent decades artfully blending the sounds of Japanese instruments with those from around the world, collaborating with such artists as National Living Treasure Bando Tamasaburo, Jason Moran, So Percussion, Adam Rudolph, Kenny Endo, Stefon Harris, Kiyohiko Semba, Alicia Hall Moran, Tatsuya Nakatani, TaikOz, Yo Yo Ma's Silk Road Ensemble, Imani Uzuri, calligrapher Kakinuma Koji, visual artist Simone Leigh and has performed his compositions at such prestigious venues as Carnegie Hall, Lincoln Center, The Kennedy Center, The Metropolitan Museum of Art, Whitney Museum, Kabukiza, Minamiza, Blue Note NYC and has performed in all 47 prefectures in Japan.

Kaoru is an instructor for kaDON, an online taiko and fue resource presented by preeminent taiko maker Miyamoto Unosuke Shoten of Tokyo. Kaoru has been visiting lecturer at Princeton University since 2010 and has taught courses at Wesleyan University and Colby and Dickinson Colleges.

Kaoru was born in St. Louis, MO to symphony musician parents. In 1997, after graduating from the Manhattan School of Music with a BFA in jazz flute and saxophone performance and performing with New York’s Soh Daiko, Kaoru moved to Japan and joined the internationally renowned taiko drum ensemble Kodo. Based in Sado Island in the Niigata prefecture, Kaoru toured across the globe with Kodo, performing the taiko, traditional Japanese folk dance and song, and especially the various fue (bamboo flute) such as the noh kan, ryuteki and shinobue. From 2005 to 2007, Kaoru served as one of Kodo’s artistic directors, focussing on their world music festival Earth Celebration. During this festival, he directed shows that combined music, dance, and visual arts and that featured such luminaries as Zakir Hussain, Giovanni Hildalgo, Carlos Nunez, jazz pianist Yosuke Yamashita and casts comprised of West African stilt dancers, tap and contemporary dancers, traditional Japanese folk dance, live calligraphy, break dance, capoeira and of course the taiko. Also during and since his time with Kodo, Kaoru worked closely with legendary Kabuki actor Bando Tamasaburo, an experience that had a profound effect on his artistic growth. 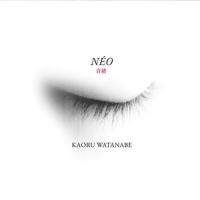 All About Jazz musician pages are maintained by musicians, publicists and trusted members like you. Interested? Tell us why you would like to improve the Kaoru Watanabe musician page.