KAREN LANE originally from Perth Western Australia, moved to Sydney in 1990. Her initial grounding was the graveyard shift in seedy Kings Cross, with 10 piece original soul funk band, The Hard Word. Her first foray into Jazz quickly followed with the formation of The Eclectics, a sophisticated lounge trio playing standards. She won coveted slots, including headline at 1993 Western Australia's York Jazz Festival, and support for the elite British jazz pianist, Julian Joseph, during his 1994 Australian tour, at Sydney¹s premier jazz club the Basement.

In 1993 Lane formed her first original band Deluge and between 1994 and 1997 established her song writing and band leading credentials culminating in the debut of her original acid jazz band, Substance, at the prestigious Bacardi Club for the 1995 Sydney International Arts festival. During this period she also wrote and produced music for a NIDA (National Institute of Dramatic Art) dance production “Appetite” which was featured at the Melbourne International Arts Festival. From her experience as one of the few song writing and band leading females in an Australian music scene dominated by mass marketed, made to order young popstars, Lane conceived the idea that became Bloomers, an independent recording project for women singer songwriters. She secured government funding and recorded 17 women from around Australia. The Bloomers compilation CD was released with considerable national print, radio and TV coverage in August 1998 through Roadshow/Warners music.

In 1997, before Lane relocated to Singapore she recorded her original album titled “Sheherazade 1001 nights”, and was subsequently invited back to Australia to perform at the 1998 Go Girl! Festival celebrating International Women¹s Day, to a 10,000 strong crowd in The Domain¹ Sydney. In Singapore from 1997 to 1999 Lane worked extensively singing sessions, writing and performing in various jazz clubs and hotels including the renowned Raffles Hotel.

Since moving to London in 2000, Karen has established a UK audience and has release five UK albums 'Once In A Lifetime' in 2002, and 'Taste' in 2004. A favourite choice for Michael Parkinson’s BBC Radio 2 programme, with the recommendation “A lovely singer Highly Recommended”.

After appearing successfully as a duo with Paul Malsom, the UK guitarist, at The Sevenoaks Festival, Karen and Paul decided to record an album of their favourite songs. The result was ‘I Can’t Help It’ that was released in 2006 on the '33 records' label. The album features their cover of Bob Marley's song 'Is This Love', which is popular download on iTunes.

Lane released her newest album “Two Steps from the Blues” in September 2014 - under the band moniker KLOP! or Karen Lane Organ Project. It features Canadian guiatarist Dominic Ashworth and Pete Whittaker on Organ, Nic France on Drums and John Hoare on trumpet.

As a London resident for the last 14 years Lane has released five albums to excellent reviews and played London’s most prestigious jazz clubs including Pizza Express Jazz Club, Soho and Ronnie Scotts with musicians including Jamie Cullum, Geoff Gascogne, Alec Dankworth and Renato D'Aiello. She has found herself singing in some of the worlds most exotic places, she’d never imagined she’d see, including Sicily, Portafino, Nice, Monte Carlo, Berlin, Cape Town and Bucharest. With many more places to discover and many lessons to learn, long may her musical journey continue. Show less

"Once In A Lifetime" Debut Album from Karen Lane Now Available

”Karen Lane is a fresh voice and presence on the UK jazz vocal scene and someone who has the ability to build a substantial career for herself. She has what I would describe as a rare combination of musicianship, technique and just plain “feel”: one can sense that, even at this early stage of her European sojourn, her potential is that of someone who could command a worldwide, rather than a merely local, audience.” Keith Shadwick Jazz writer and critic

”When you hear her softly Latinised account of On Green Dolphin Street here, the band resembles Astrud Gilberto in some kind of unannounced encounter with the MJQ

”Karen Lane is a fresh voice and presence on the UK jazz vocal scene and someone who has the ability to build a substantial career for herself. She has what I would describe as a rare combination of musicianship, technique and just plain “feel”: one can sense that, even at this early stage of her European sojourn, her potential is that of someone who could command a worldwide, rather than a merely local, audience.” Keith Shadwick Jazz writer and critic

”When you hear her softly Latinised account of On Green Dolphin Street here, the band resembles Astrud Gilberto in some kind of unannounced encounter with the MJQ. She swings gracefully on Devil May Care, and is sensually funky on a soulful Love Me or Leave Me.” JOHN FORDHAM, JAZZ UK MAGAZINE

“She is justifyably confident in her own ability, to put her own soulful, personal stamp on everything she sings...A thoroughly likeable album from a class act” Chris Parker www.vortexjazz.co.uk

”A classy affair executed to the highest musical and technical standards. As accomplished a vocal offering as I've heard all year” Ian Mann the jazzman.com “Stunningly arranged and gives the singer just the right amount of space. Spot on arrangements and vocals that fit it all like a glove. I highly recommend this album Taste” Roy Booth

“ the raison d’être of 'Taste' seems to be to bask in the engulfing beauty of the carefully selected material - and the singer certainly achieves this brilliantly… a genuinely heartfelt homage to the profound allure of bossa nova. So laid back that to listen to it you risk slipping a disc – delightful” Peter Quinn – JAZZWISE

Karen Lane is also a qualified Speech and Language Therapist so focuses on providing clinical evaluation of voice disorders or problems, in particular those affecting professional voice users. Private sessions or workshops available. 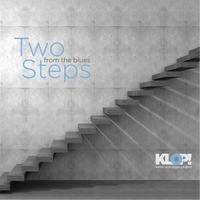 Two Steps from the... 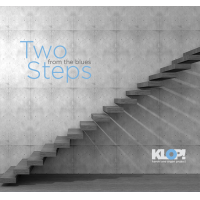 Two Steps From the...

Two Steps from the...

From: Two Steps from the Blues
By Karen Lane