Karen Stachel is an American Flutist, concentrating on jazz and classical music. She co-leads a jazz band, LehCats with her husband Norbert Stachel and has collaborated in performances and recordings with notable musicians from the jazz and classical music world, notably Wallace Roney, Bob Weir and Rat Dog, Buster Williams, Lenny White, Barry Harris and others. The Wallace Roney Orchestra was developed to showcase music written by Wayne Shorter. This music was never recorded. In the spring of 2016, the 24 orchestra recorded this huge score at Water Music in Hoboken, New Jersey. It will be released early 2017. She also recorded music with LehCats in 2016 and it is released as “LehCats – Out Of TheBag”.

With a jazz background university classical and jazz training, and listening and loving popular music of the day, Karens’ flute playing is a strong and solid convergence of sound.

The Karen Anderson Jazztet was formed in 1991. It was an active San Francisco based acid jazz quartet. Members were John Schott, Guitar, Norbert Stachel, Bass, and Elliot Kavee, Drums.

In 1993 Karen debuted her first album “In The Name Of The Father”. She was performing regularly at the Laguna Honda Hospital in the Hospice ward and that experience had a big influence on the music on that album. Most of the songs were performed regularly for the patients in the hospice who were truly appreciative.

In 2000 the Christmas CD “And Of The Son” was released with her married name of Karen Stachel. Twelve versions of the Christmas classics are performed in a peaceful, calming, reflective and introspective way. It is mostly solo flute with a few songs of duets and trios overdubbed by Karen.

Since moving to New York City in 2002, Karen released her third CD “And The Holy Spirit”. Most of the musicians on the CD are people she met at jam sessions around New York City, i.e. Spike Wilner, Dan Nimmer, and Juni Booth.

In 2013 LehCats was formed with her husband Norbert Stachel. It is a jazz septet which performs original compositions in the style of jazz, world, Latin, r & b, classical, and even folk. All compositions are written by herself and Norbert. 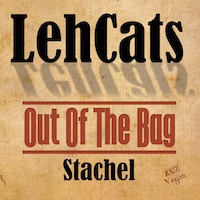 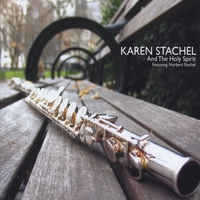 And The Holy Spirit 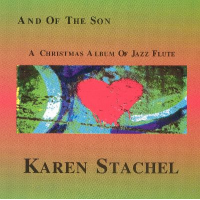 And of the Son 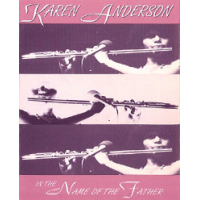 All About Jazz musician pages are maintained by musicians, publicists and trusted members like you. Interested? Tell us why you would like to improve the Karen Stachel musician page.