Kathrine Windfeld is considered one of the most exciting, and refreshing new Scandinavian jazz composers and arrangers in many years. Pianist, composer, and arranger Kathrine Windfeld was born 1984 in Svendborg on Funen. As a teenager, her strong creative sense was channeled through painting, theatre, singing, and piano playing. During a 5-month stay at a music course at “Den Rytmiske Højskole” in 2003, the piano became her primary means of expression and she started composing her first pieces.

Striving for a further exploration of the world of music, she went to The Department of Musicology in Copenhagen where she took classes in music theory and analysis, arranging for big band, and a master’s degree in choir/ensemble leading. Meanwhile, she played in an experimental and progressive quintet, “Gespenst”, which strongly developed her sense of writing and navigating in complex rhythmical landscapes. This group became her main path to the world of jazz and improvisation, for which reason she dedicated two years at the Swedish jazz school “Fridhems Folkhögskola” to jazz piano playing.

In April 2016 KWBB was exclusively selected for a showcase at Jazzahead in Bremen, Germany, where they played for a broad panel of international bookers and jazz labels.

”Kathrine Windfeld has quickly established herself on the Danish jazz scene with her outstanding skills as composer and arranger, primarily in the modern big band genre. Her talent is combined with a fantastic musical enthusiasm and a strong drive.” —Danish Arts Foundation 2017 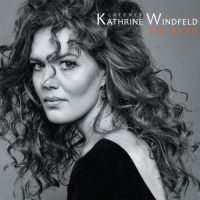 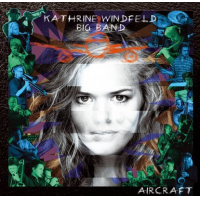 All About Jazz musician pages are maintained by musicians, publicists and trusted members like you. Interested? Tell us why you would like to improve the Kathrine Windfeld musician page.