Kathy Y. Rice was born and raised in the cosmopolitan city of Huntsville, Alabama, where her passion for music and art was recognized at an early age. She studied piano at age 6 and began formal voice training at age 12. After graduating from Alabama A & M University in Music, she began a parallel career in the federal government, which led to her living and singing in New York, Texas, Arizona and California.

After retuning home to Huntsville, Kathy embarked on a recording project with Record Producer, Kelvin Wooten, formerly of Toni! Tony! Tone! Kelvin brings a fresh sound to Kathy's original music, as he has for other singers that he's produced, such as Jill Scott, Erykah Badu and Kelly Price. Kelvin has recently completed projects with Earth, Wind, and Fire, and The Isley Brothers.

Kathy is a gifted vocalist with a unique style of her own. Fast becoming a sought after singer/songwriter, Kathy is capturing the hearts of many with her precious voice and original compositions. Her music tells real-life stories of love, faith and hope. Her debut CD, entitled, “After All These Years” is seasoned with a flavor of jazz and consists of 10 Contemporary tunes. The CD is being released under the label of Paintbrush Records & Publishing.

An avid traveler, Kathy finds creative inspiration while visiting Europe, Africa, and during vacations at her home in the Mediterranean. “The Taxi phone”, one of the tracks on the new CD, describes Kathy's unusual experiences while using the public phones in Tunisia. The powerful ballad, “Isn't it a Pity” describes the pain and anxiety associated with being separated from a loved one, and “Your Life” and “I've Gotta Find a Love” are sure to make you want to get up and move your feet to the beat.

Kathy has toured with her church choir throughout the Tennessee Valley, and received many standing ovations for her solo performance of “Order My Steps”. She honors God for the multiple talents given to her and feels blessed to be able to share them with others. Her praise is given to Him on the song entitled, “He's My Friend” on Track 10 of the new CD release. Show less 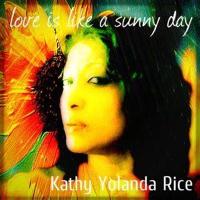 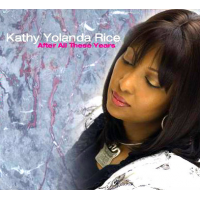 After All These Years

Kathy Yolanda Rice
After All These Years

All About Jazz musician pages are maintained by musicians, publicists and trusted members like you. Interested? Tell us why you would like to improve the Kathy Yolanda Rice musician page.