Over the years Katie has appeared with numerous musicians including pianists Landon Knoblock, Michael Jefry Stevens, Frank Kimbrough, and Joshua Wolf; percussionists Lou Grassi, Matt Wilson, Derick Dickins, Harvey Sorgen, George Schuller, and Jon Wikan; bass players Joe Fonda, Martin Wind, Hilliard Greene, John Menegon, and Cameron Brown. and various reed players - most regularly with Jeff Lederer. Recently Katie collaborated with Ras Moshe, in his Large Unit, at the Brech Forum. She sang regularly at The Local 269 during the Evolvoing Music Series, curated by Fay Victor, and has been singing lately at the Arts for Arts Vision Festival venue the Clemente Soto Velez, as well as The University of the Streets, both in NYC, Manhattan.

She has sung with her divine mentors—jazz vocalist/composer Jay Clayton, and Jay Clayton’s Voices & and jazz singer Sheila Jordan. Other musicians Katie has worked with include pianist and composer Kirk Nurock in his Natural Sound; and composer Julius Eastman.

The Bull-Fonda Duo: Cup of Joe, No Bull was released in March '05 to stunning critical response and features Joe Fonda on bass; recorded and engineered by David Baker. Her albums are independently produced on the Corn Hill Indie label, distributed by North Country Distributors, and can be purchased on cdbaby.com, and in selected stores.

Katie was born in New York City, and raised in the West Village on McDougal Street, and Westbeth. Her jazz piano playing-dancer father used to let her tag along to gigs and various jam sessions, as well as run around on the edges of the dance floors where he was teaching modern dance at NYU. He also snuck her in to hear extraordinary singers and musicians in various village venues including the Village Vanguard and Folk City, long before she was of legal age! She remembers Joni Mitchell, Bob Dylan, Bill Evans, and Elvin Jones, to name just a few.

Soon, she and her dad moved to Brockport, a small town in upstate New York (way upstate, near Canada). It was there, at the jam sessions in the “parlor” of their home on Adams street that she met numerous extraordinary visiting jazz musicians and composers including percussionist Lou Grassi, to whom she is indebted for his encouragement and support of her career (Lou can be heard on Katie's premiere CD Conversations With the Jokers). As a suburb of Rochester, Brockport was within easy proximity of the Eastman School, where Katie often went to hear great jazz concerts of amazing jazz musicians; a formative moment was watching Keith Jarrett improvise on that huge stage in that huge auditorium, and realizing how intimate he was being with the piano and the audience.

She then returned to Tribeca, NYC - Manhattan, (before it was “Tribeca”) and lived in a raw loft space with her father and stepmother. She got a regular gig at Walkers at the age of 15, singing standards once a week. At this time she was introduced to jazz singer/composer Jay Clayton, and singer Sheila Jordan, both of whom took her under their nurturing wings. She sat in a bit around town, at such venues as The Tin Palace, Sweet Basils, and Phoebes. The most memorable sitting-in moment was the night Joe Williams sat in at Sheila's gig, and then Sheila let Katie sit in too; Katie sang “My Funny Valentine”, and the bass player, Ratzo Harris* pulled out his bow at the end of the tune—his sensitivity sent electricity up Katie's spine. It was a moment Katie now recognizes as a defining moment in her life; this is jazz, this is a conversation! (*Sheila says it was Ratzo that night!)

Soon she embarked on her own, attending SUNY Purchase, entering as a music major, exiting from the theater conservatory. It was at SUNY Purchase that Katie met mentor Chuck Jones who's revolutionary work in vocal production for the speaking voice changed her life.

Katie Bull "Love Spook" Free Download at All About Jazz

”Katie Bull likes to pick you up with her SuperSonic Trailways bus and then drop you off in a very wild part of town. You may be disoriented and perhaps a bit scared but you know you are going to have a groovy time. You always meet nice folks also.”

go to www.katiebull.com for press quotes on all albums

vocal production for the speaking and singing voice www.katiebull.com over 15 years of teaching experience freelance and at various studios; currently on faculty at NYU/Tish School of the Arts Atlantic Studio. Founder of Whole Body Voice. 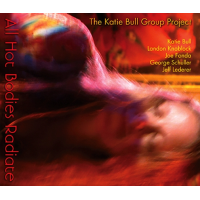 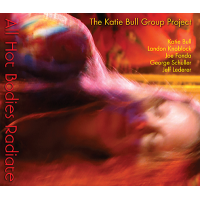 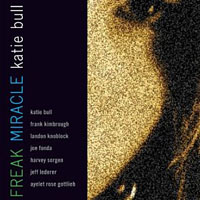 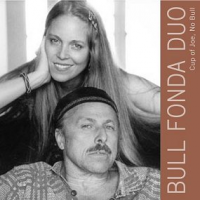 Cup of Joe, No Bull 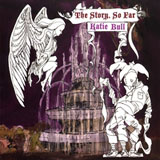 The Story, So Far 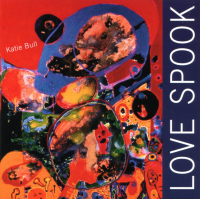 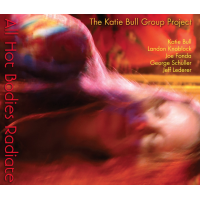 From: All Hot Bodies Radiate
By Katie Bull

From: Love Spook
By Katie Bull

All About Jazz musician pages are maintained by musicians, publicists and trusted members like you. Interested? Tell us why you would like to improve the Katie Bull musician page.