In the early 70’s Kenne moved to Minnesota where he performed with pianist, Jimmy Bowman Trio. Attending Moorhead State University, he played around the region with the R & B horn band, AIRTIGHT. After graduating with a degree in Music Education, he joined the Jerry Lakes Memories of Elvis Supershow which toured throughout the US and in Europe.

Kenne went to Japan, in 1979 to perform, with the Pullman-West Band, out of Detroit. In the early 80’s he toured with King Records artist, jazz organist, Toshihiko Kankawa, featuring guitarist, Kiyoshi Sugimoto, renown Tokyo bassist, Yoshio Ikeda group and Japanese rock band, MAYA. Kenne later joined the house band at the Jazz Club, DIARY, in Osaka, where he worked with pianist, Hideyuki Naruse and bassist Kazuo Setoyama. They collectively formed The Osaka Trio and became the nucleus of the jazz fusion group, AIRTIGHT, renewing the name from the 70’s band.

Kenne recorded the song, White Christmas, for the TEICHIKU label, in the mid 80’s and later recorded his composition, Graduation Day [Sotsugyo no Hi], released on 45 RPM (Y Recordes), in Japan. The trio of Naruse, Setoyama and Thomas performed regularly on radio and SUN Television shows. An EP was released of the trio, THE DIARY, on Kenzongs Music label.

In recent years Kenne has played with groups around the midwest/ He recorded three albums with guitarist, Pat Surface. He leads and composes for his contemporary jazz group, Kenne Thomas' Lifeforce which performs in venues thrilling audiences.January of 2020 they released their CD, WOODLAWN, on illicit Productions records label. It is gaining airplay around the country, with the hit song, “Roy's Thing” and other tracks. Look for the album on digital outlets and streaming services. Show less 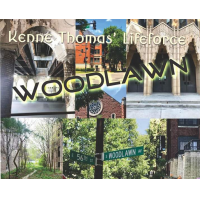 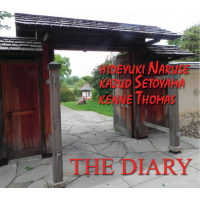 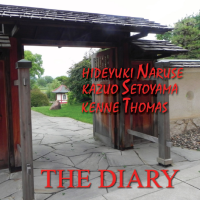 All About Jazz musician pages are maintained by musicians, publicists and trusted members like you. Interested? Tell us why you would like to improve the Kenne Thomas musician page.