Overshadowed for most of his career by the likes of Dizzy Gillespie, Fats Navarro, Miles Davis, Clifford Brown, and Lee Morgan, Kenny Dorham's abilities as a composer and unique voice as an advanced bop trumpet player are underrated to this day.

McKinley Howard Dorham was born on August 30, 1924 on a ranch called Post Oak, near Fairfield, Texas. He attended Anderson High School in Austin, where he began teaching himself to play piano and trumpet, and spending much of his time on the school boxing team. He later enrolled at Wiley College in Marshall, Texas, studying chemistry and minoring in physics. During this time he experimented with arranging, writing for the stage band, where he met such players as Wild Bill Davis, Harold Land, and Roy Porter.

He was drafted into the army in 1942 (spending some time with the army boxing team) and was discharged about a year later.

In late 1943 he joined the Russell Jacquet orchestra in Houston, and he spent much of 1944 playing the band of Frank Humphries. By 1945, Dorham had gained positions with Dizzy Gillespie's short-lived first big band, and then replaced Fats Navarro in Billy Eckstine's orchestra. In 1946 he recorded with the Be Bop Boys (aka the 52nd Street Boys, including Fats Navarro), and spent time playing in the bands of Lionel Hampton and Mercer Ellington.

During this time, Dorham continued to compose and arrange (he arranged “Okay for Baby” for Lucky Millinder and Benny Carter, and “Malibu” for Cootie Williams), ghosting arrangements for Walter 'Gil' Fuller which were sold to several name big bands, including Harry James, Jimmy Dorsey, and Gene Krupa.

In 1948, Dorham studied composition and arranging at the Gotham School of Music under the G.I. Bill. On Christmas Eve of that year, Dorham performed for the first time as replacement for Miles Davis in the Charlie Parker quintet, where he would play for about a year (Davis had recommended Dorham for the job), including an appearance at the 1949 Paris Jazz Fair.

After a two-year hiatus starting in 1950, during which Dorham lived and worked day jobs in California, he settled in New York City and began a busy career as a free-lance musician, perorming with players such as Bud Powell, Sonny Stitt, Thelonious Monk, and Mary Lou Williams. In 1952 Dorham recorded with Monk and in late 1953 led his first recording as a leader, a 10-inch record on the Debut label.

In 1954, Dorham replaced Clifford Brown with Art Blakey's Jazz Messengers when Brown left the group to form the legendary Brown/Roach quintet, and that same year formed a band called the Jazz Prophets which recorded for Blue Note. Dorham left Blakey's band in late 1955, and shortly found work playing with the Birdland All-Stars (along with Conte Candoli, Phil Woods, and Al Cohn) and recording with the likes of Tadd Dameron, Phil Woods, Cecil Payne, Matthew Gee, Hank Mobley, and Gil Melle.

In August, 1956, Dorham recorded some interesting material for Riverside with alto saxophonist Ernie Henry. Upon Clifford Brown's untimely death in September of that year, Dorham replaced him in Roach's group, an association which would produce several EmArcy recordings and last almost two years.

Once Roach disbanded the group in 1958, Dorham led several groups of his own, recording for Riverside (including a vocal album! and the notable Quiet Kenny), New Jazz, and Time.

In 1961 began a fruitful period recording again with Blue Note records, where he recorded some of his most significant albums, especially with up-and-comers Joe Henderson, Herbie Hancock, and Tony Williams.

By the mid-1960s, economic circumstances made it impossible for Dorham to maintain his group with Henderson, and he was forced to find employment outside of music (this time working for the post office). He still studied music (at the NYU School of Music) and wrote record reviews for Down Beat magazine, but by the early 1970s his health began to deteriorate; development of a kidney ailment forced him to make regular hospital trips for 15 hours a week on dialysis. He passed away at the age of 48.

Celebrating Ten Years Of Jazz OUTside At Kenny Dorham's Backyard in... 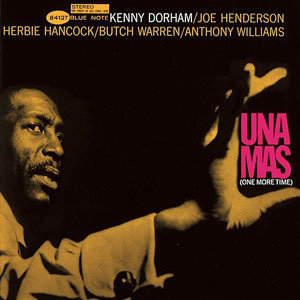 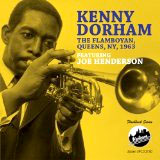 All About Jazz musician pages are maintained by musicians, publicists and trusted members like you. Interested? Tell us why you would like to improve the Kenny Dorham musician page.